Kiev has not made payment in the total amount of 3,075 billion dollars on account of repayment and service owned by Moscow bonds issued. Thus, Ukraine is currently in default. 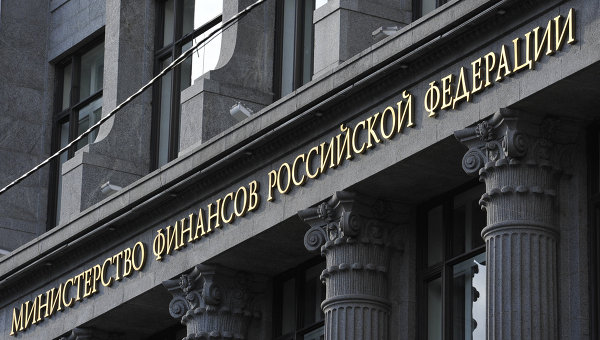 MOSCOW, 1 Jan. The Finance Ministry has initiated the trial with Ukraine on its debt to Russia at $ 3 billion, said the Ministry.

“The Ministry of Finance of Russia says that Ukraine has not made the payment in the total amount of 3,075 billion dollars on account of repayment and service of Russian bonds issued during the grace period, which expired on 31 December 2015. Thus, currently, Ukraine is in default on these bonds,” – said in the message.

The Ukrainian Eurobonds purchased by Russia in the end of 2013 at the expense of the NWF, was repayable on December 20. The payment in Ukraine had to make in business day on 21 December, but the money wasn’t transferred. According to the bond prospectus, the formal default occurs upon expiry of grace period of 10 days, i.e. 31 December. Ukraine had to pay off the last coupon for $ 75 million, and to pay the full amount of the debt.

Kiev believes that Russia should participate in the debt restructuring on the same basis that private holders of other bonds of the country. These conditions were agreed upon with the creditors club in the summer and involve, in addition to installments, debt debt. In addition, Kiev has previously imposed a moratorium on debt repayment to Russia.

“Given the above, the Ministry of Finance addressed to “The Law Debenture Corporation plc”, in accordance with the issue documentation, the bonds serving as the principal creditor, and initiated the procedures required to immediately start a trial with Ukraine. Appropriate lawsuit will be filed in the English court”, — stated in the message of the Ministry.

The Minister of Finance of Russia Anton Siluanov said earlier that even the initiation of proceedings does not close the possibilities for Ukraine to solve the problem amicably: the Russian Minister stressed that Russia is ready to discuss a settlement agreement on the debt even after filing a lawsuit. In the message officially confirmed this position.

“The Russian Federation has always been willing to consider options for assistance to Ukraine in accordance with the IMF program. Russia intends to carefully examine any substantial offer from Ukraine, and also believes that the initiation of the trial does not exclude a constructive dialogue in order to reach an acceptable settlement of the debt,” according to the Ministry.

The report notes that the restriction on the payment of a debt, independently set by Ukraine, “cannot be for the sovereign debtor to justify the impossibility of good faith negotiation and, moreover, legitimate grounds to assert that Ukraine is unable to fulfill its obligations on repayment of debt to Russia.”

Russia insists that Ukraine’s debt of 3 billion dollars is a sovereign, the same position previously officially expressed and the international monetary Fund, and therefore, according to the rules of the IMF, the debt cannot be restructured on the same basis as the debt to private creditors. The Russian Federation proposed for payment of installments of a debt of Ukraine for three years.

“If Ukraine does not change its position and begin to negotiate in good faith, the Board of Directors of the IMF can not raise the question of the permissibility of continuing the crediting of Ukraine”, — reported the Ministry of Finance of the Russian Federation.

Earlier, the IMF changed its own rules of lending countries, allowing the implementation of assistance to States that have defaulted on sovereign debt. Previously, the rules allowed the IMF to lend to countries who have allowed the delay in the payment of commercial debt, but not debt to the lender. The new rules remove this restriction – but only if the country has made efforts to reach agreement with the creditor.

Russia has no formal offer from the Ukraine was not received.

“Under the circumstances, the obvious concern is the contradictory signal that can be sent to all official creditors in the event of Ukraine’s new funding if she has overdue debts in front of Russia”, — stated in the message of the Ministry of Finance of the Russian Federation.

The Ukrainian authorities are very militant: the Prime Minister Arseniy Yatsenyuk said earlier that he is ready for legal war with Russia and the country’s budget already includes funds not debt repayment, and the payment of legal advisors. However, the unity on this issue in Kiev is not present — earlier, the head of the Ministry of Finance of Ukraine Natalie Jaresko said that she looked forward to continuing dialogue on the restructuring of debt of the Russian Federation in January 2016. She expressed the hope that Ukraine will be able to come to an agreement with Russia on the debt.