MOSCOW, January 2. The statement of Turkish President Tayyip erdoğan on the presidential system in Hitler’s Germany reflects his hidden admiration for Adolf Hitler. This opinion was expressed by first Deputy Chairman of the Federation Council Committee on defense and security Frants Klintsevich, commenting on caused a wide resonance in the world media, the words of the Turkish leader.

Yesterday Erdogan said that in a unitary state can not be the presidential form of government. “In the world there are examples of such countries, and in history, and now. You can see this in Hitler’s Germany,” he said. 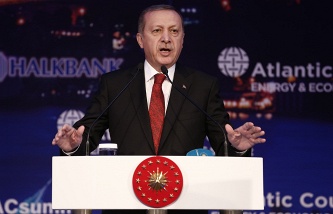 Later the administration of the President of Turkey issued a statement saying that Erdogan’s statement “was interpreted by some media is totally the opposite.” “Whether it is parliamentary or presidential model, it is possible so to direct that this will lead to catastrophic results, as happened in Nazi Germany,” explained the office of President. The administration also recalled that erdoğan previously “stated that the Holocaust, anti-Semitism and Islamophobia are crimes against humanity, and to evaluate his statements as positive attitude to Nazi Germany is unacceptable.”

According to Klintsevich, “Erdogan made a reservation on Freud”. “Maybe he wanted to Express the idea somewhat differently, but a subconscious admiration for Hitler took over and climbed out,” says the Senator. “We have heard and not surprised”, he added.

The MP also noted that “comments in hindsight, changed the meaning of the statements of the President of Turkey on the opposite, nobody take seriously”.