ST. PETERSBURG, January 3. The government of St. Petersburg waiting for the reduction by 20% of passenger car production in the factories of the city by the end of 2015, said the Chairman of the Committee on industrial policy and innovation Maxim Meiksin.

“The total drop will be about 20% and maybe a little more. Next year the expected recovery in consumer demand,” he said. Thus, according to Meiksin, Smolny “predicts growth in 2016 compared to 2015 year”.

“It is difficult to predict how much, but we believe that a significant increase will be associated with the leasing of individuals. Therefore, in the first half of the year the situation will stabilize in the second half of the growth in the area is also 20%,” – said the official.

As for the production of trucks, then, according to Meiksin, by the end of 2015 will be a significant decrease, this is due to falling of cargo transportation. “But the expected second half of 2016, the stabilization of production volumes of trucks and growth in early 2017. First restored carriage of the cargo, then the production. The fall of transportation associated with the overall economic situation,” he said.

Experts: not so pessimistic

Experts believe that the decline in production, but less, than predicts the government. “By the end of 2015, St. Petersburg auto plants can produce up to 310 thousand cars. The decline in production compared to 2014 will amount to 15%,” – said General Director of “Auto-Dealer-SPb” (the analytical Agency, specializing in marketing research activities formal and informal dealers of various brands and representative offices of the companies-manufacturers in Saint Petersburg – approx. ed.), Mikhail Chaplygin. 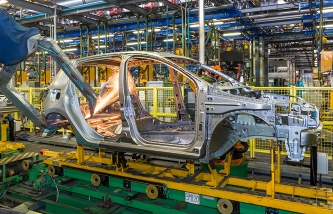 In General, according to Chaplygin, despite the significant market decline, St. Petersburg factories have passed quite smoothly in 2015. “Managed to prepare for the launch of new models, Nissan Qashqai is already released, next year is expected novelties on Toyota and Hyundai,” said he. The expert did not evaluate the closure of GM, because “it was dictated more by political motives”.

Chaplygin also noted that “flagship models in St Petersburg had a very stable demand – some even began to rise, while the biggest drop was not more than 10%”. “The industry was no longer stops, as the car factories in other regions. We can say that 2015 was relatively successful for the automotive cluster of St. Petersburg”, – he said.

The forecast for next year Chaplygin hoped that production will remain at the level of 2015. “In addition, will begin production of two new models, Nissan and Toyota may consider the export of cars to foreign countries, Hyundai is not yet clear whether continue to export cars to Asia, especially Egypt,” he added.

According to him, two of the most topical issues of the year will be export and localization. “Recent events in Turkey have shown once again how important it is to have suppliers nearby”, – the expert explained.

Nissan will cut 500 people and will work in one shift

St. Petersburg plant Nissan stopped in 2015 to collect models Teana and temporarily suspended production Pathfinder, but it launched the Qashqai production. In 2015 was produced 200 thousandth car.

“Among the major outcomes 2015 for the St. Petersburg plant worth noting is the launch of the new workshop stamping parts, where they make body panels for all models, which are produced in St. Petersburg”, – said the Director of public relations Roman Skolski. He noted that Nissan plans from March 2016 to go to work in one shift and reduce 500 man – remain in force.

Nissan plant in St. Petersburg since 2009, collects four models: X-Trail, Murano, Pathfinder and Qashqai. The company operates in two shifts, the plant employs more than 2 thousand people. The total percentage of localization at the consortium – 68%.

Previously announced plans of the company remain unchanged, in 2016 the plant will start production of the second model – Toyota RAV4. “The company will create about 800 jobs,” – said the press service of the plant. 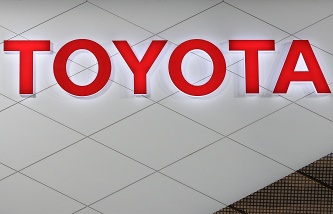 In 2014 the company produced 36 612 cars Toyota Camry. “Volume of business for 2015 will be announced at the end of the year. The output of the plant in 2016 will depend on consumer demand and development of the economic situation in General”, – said the Agency interlocutor.

Hyundai: the development of production and new lineup

St. Petersburg plant Hyundai in August 2015 began exporting cars Hyundai Solaris in Egypt and Lebanon, and in October was one-millionth car. “The plans for 2016 is preparing for the release of new models, expansion of the stamping line, installation of additional equipment,” – said the press service of the plant, adding that “the planned additional investments of $100 million.” 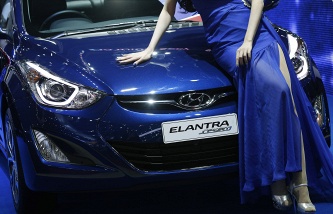 The Association of European business: Hyundai and Kia captured 22.2 percent of the automotive market of the Russian Federation

Expanding the geography of export is not planned. The Russian market is a priority for the plant, it supplied more than 90% of total production.

“Hyundai Motor manufacturing Rus” in St. Petersburg works since September 2010, is the sixth foreign factory of the automaker and his first industrial enterprise in Russia. Car production began in January 2011. At the moment it produces models Hyundai Solaris and Kia Rio. The plant operates in three shifts, the plant employs 2.2 thousand people. The level of localization is estimated at 46%. Only in 2015, the plant planned to produce 228 thousand vehicles compared 237 thousand a year earlier.

Leningrad region: the situation with Ford is not simple

The government of the Leningrad region assesses the situation at the Vsevolozhsk Ford Sollers plant as a difficult. “Although this situation is now in all automobile plants in Russia”, – said in an interview with the Governor Alexander Drozdenko.

According to him, Ford has a slight decline in sales. “But our cooperation in 2015 with the plant we must admit successful”, – the Governor added, noting that “the factory received tax breaks, and managed to stabilize the situation in the relations between the workers Union and the plant management”. “In addition, the plant has updated the lineup, started the production of the updated Focus and Mondeo,” said the Governor.

The Ford plant in Vsevolozhsk stopped until mid-January

Ford Sollers has stopped until January, the plant in Naberezhnye Chelny

According to him, the company seeks markets in the Baltic States, Kazakhstan and Scandinavia. “Russian Ford remains competitive due to low cost of production,” – said Drozdenko.

The Deputy Chairman of the government of the Leningrad region Dmitry Yalov noted that this year marks a significant trend of declining sales in the automotive market. “We paid great attention to the economic situation at the Ford plant in Vsevolozhsk,” said he.

According to him, the difficult decision was the adoption of the law providing for tax credits in the amount of 50% of the rate of tax on property of organizations producing automobiles in the region. “These benefits will support the car Assembly enterprise, but it will reduce budget revenues. Therefore, we expect that the management of the plant will be able to build up its work with the least economic losses and social risks,” he added.

Yalov noted that “on our part we will continue making consistent efforts to the support of the Ford plant. The government of the Leningrad region is in constant contact not only with management but also with trade Union organization, which allows us to objectively assess the situation,” he added.

At Ford Sollers plant (a joint venture of Ford Motor Company and JSC “Sollers”) in Vsevolozhsk district of Leningrad region in the summer of 2015 600 workers were dismissed by agreement of the parties. In addition, the plant has twice stopped the production line once a week, once for almost a month.

The plant reported that “does not comment on production figures”.

Ford in Vsevolozhsk produces models Focus and Mondeo. In 2014 the company switched to single-shift work, have also been dismissed by agreement of the parties with 700 people. According to the AEB, in 2014 sales of the Ford Focus fell by 58% compared with 2013 year model of Ford – 47%.