MOSCOW, January 3. Turkish hackers broke into the account of the Minister of communications and mass communications of the Russian Federation Nikolai Nikiforov on the social network Instagram.

On the website of the Minister in the social network has placed information that the account was compromised by a group of Turkish hackers called Brteine Siber Tim. The page also published a number of photographs, including the Turkish flag and plane, with captions in English and Turkish.

The crisis in relations between Moscow and Ankara has arisen in connection with the incident on November 24 in the skies over Syria near the border with Turkey, where Russian su-24 bomber was shot down by a fighter jet of Turkish air force. 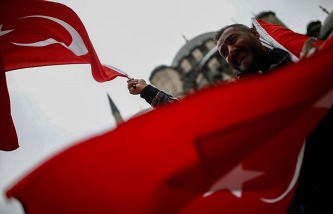 Putin: Russia does not want to break off relations with the people of Turkey and the leadership of this country “not forever”

According to Ankara, the aircraft violated the airspace of Turkey near the border with Syria. The defense Ministry claims that the su-24M was extremely over Syrian territory and that “violations of the airspace of Turkey.” The Russian President warned that the attack on the bomber would have “serious consequences” for bilateral relations.

On 28 November, the President signed a decree “On measures for safeguarding national security of the Russian Federation and the protection of citizens from criminal and other unlawful acts and on application of special economic measures against the Turkish Republic.” In accordance with the decree introduces a ban or restriction on the import into Russia of certain types of Turkish goods, the activities under the jurisdiction of the Turkish organizations, as of 1 January 2016 is prohibited to hire for certain jobs of Turkish citizens.