Kiev will suffer great losses from discontinued from 1 January of a free trade zone between Ukraine and Russia, convinced the ex-Prime Minister of Ukraine Mykola Azarov. 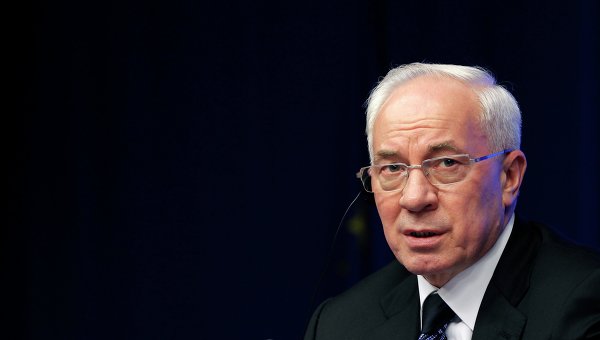 MOSCOW, 4 Jan. Policy of the authorities of Ukraine degraded to the extent that the interests of the people does not count, says former Prime Minister of Ukraine Mykola Azarov.

Commenting on the termination from January 1 of a free trade zone between Ukraine and Russia, the politician stressed that Kiev will suffer great losses because of this, the country “has made more than 20 years”, and he “provided up to 40% of the total volume of export and, accordingly, the lion’s share of foreign exchange earnings”.

Azarov said that Kiev did not want to compromise with Moscow.

“In the process of negotiating is very important to know our economic interests, but equally, it is important to realize the economic interests of the other party, otherwise you will never find any compromise. It seems that the Kiev regime was not going to look for him,” writes the former Prime Minister in his Facebook.

Azarov stressed that the statement of the President of Ukraine Petro Poroshenko that, despite the damage to the Ukrainian economy, which will suffer from trade measures from Russia, the country is ready to pay this price for integration with the European Union, just “amazing”.

“A great folly to think was difficult. He is personally unlikely to suffer any loss, spending all their commercial relations through offshore zones, but the people of Ukraine really lose much, and about what freedom is at stake – perhaps not even he knows,” commented Azarov.