Russian gas started flowing from the territory of Crimea in Henichesk district of Kherson region of Ukraine, said Deputy Prime Minister Dmitry Kozak. Earlier, the Ukrainian mayor of the city appealed to the Russian side with a request for the supply of gas due to the cold weather. 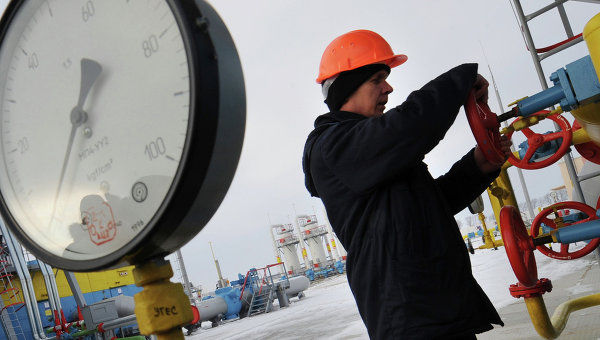 MOSCOW, 4 Jan. Gas from Russia began to arrive in the city of Genichesk of the Kherson region in southern Ukraine, which the mayor had addressed the Russian party with a request for supplies due to the cold weather, said Deputy Prime Minister Dmitry Kozak.

“The order of the President of Russia Vladimir Putin finished, the gas was supplied from the territory of Crimea in Henichesk district of Kherson region of Ukraine”, — said Kozak.

Earlier, the President’s press Secretary Dmitry Peskov said that the head of state considered this request and on humanitarian grounds was requested to study the possibility of gas supply to help people from Genichesk to survive severe frosts.

According to the Ukrainian Ministry of regional development, Friday, January 2, in Henichesk in connection with a sharp decrease in temperature fell the pressure in the municipal pipeline. Gas pressure is not enough to ensure Autonomous heating appliances at 1.8 thousand residents of high-rise buildings, as well as the 400 subscribers of the private sector. According to the evening of January 4, 1.5 thousand subscribers were left without gas.