MOSCOW, January 4. Russia has taken the sixth place in the world in pork production and has ceased to be the largest importer of this type of meat. About it on air of radio station “RSN” said the head of Executive Committee of National meat Association (NMA) Sergey Yushin. 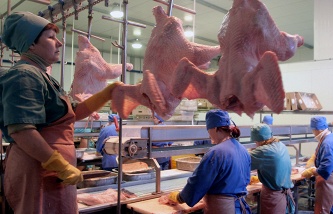 Tkachev: Russia in 2-3 years will be able to export to Asia 200 thousand tons of meat

“Russia has taken the sixth place on production, and the fact that Russia ceased to be after Japan’s largest importer of pork, and lead, including, to a fall in prices,” said Yushin, noting that the cost of pork fell by 15%.

However, the head of the Association stressed that to speak of complete import substitution for this product is premature.

“Russia must continue to increase production, but for it to be balanced, we need to expand our export opportunities”, – said Yushin.

As previously reported by the Ministry of agriculture with reference to data of the FCS for 8 months of 2015 compared to the same period of 2014, meat imports to Russia decreased in 2 times and amounted to 410,6 thousand tons (this figure does not take into account the volume of trade with Belarus and Kazakhstan). 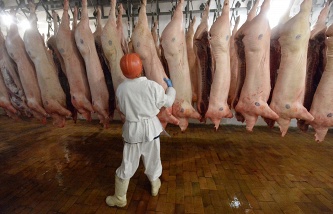 The largest producer of pork in the Russian Federation by 2020 will increase production volume by 1.5 times

Including exports of beef in January-August, 2015 declined by 43.7% and amounted to 176 thousand tonnes, pork imports fell by 38 per cent were imported shall be 152.3 thousand tons. The supply of poultry meat to Russia fell the most: imported 71,3 thousand tons, which is 3.2 times less than in 8 months of 2014.

At the same time, a twofold reduction of import supplies will not lead to the deficit in the Russian market. Russia in recent years significantly increased the volume of meat production. Self-sufficiency for poultry meat currently stands at almost 100 percent, on pork – more than 90 per cent, of beef – 65-70 percent.