MOSCOW, January 4. Purchases of Uzbek gas in 2016 will be higher than the volume of gas delivered from Turkmenistan in 2015, when it amounted to 3.1 billion cubic meters, reported a source in “Gazprom” familiar with the situation.

He noted that the achieved at the end of last year agreement on the increase of purchases of Uzbek gas, without doubt, an important fact. 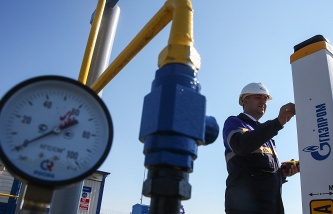 “Now it is obvious that the growth of purchases of Uzbek gas in 2016 will be released at significantly greater volume than the supply of Turkmenistan in 2015, which amounted to 3.1 billion cubic meters of gas”, – said the source.

Uzbekistan gas production ranks third among the CIS countries and is among the ten largest gas producing countries of the world (63-65 billion cubic meters of gas per year).

Earlier on Monday, the state concern “Turkmengaz” has informed that “Gazprom export” from 1 January will not receive Turkmen gas. 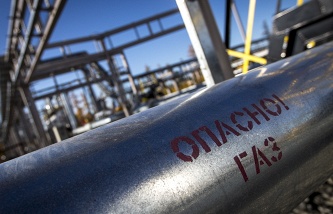 According to the press release “Turkmengaz”, “the basis for this decision lies with the changed conditions on the international gas market, as well as selected economic and financial issues arising from “Gazprom export”.

However, the concern has declared readiness for negotiations with the Russian partner “on a broad range of issues related to economic ties between the two economic subjects”.

According to the Ministry of petroleum and mineral resources of Turkmenistan, in 2014, natural gas production in the country amounted to more than 76 billion cubic meters, while exports were 45 billion cubic meters. Growth in both indicators exceeded 11%.

In 2015 it was planned to produce over 80 billion cubic meters of marketable gas.

Total potential hydrocarbon resources of Turkmenistan, according to the Ministry, make up 71.2 billion tons of fuel equivalent, of which 53 billion tons fall on land and 18.2 billion tonnes of seawater. A significant portion of the volumes of hydrocarbons – more than 70% are natural gas.