MOSCOW, January 4. Russia in imposing sanctions against Turkey did not go beyond the basic agreement of the world trade organization (WTO). This was reported by a source in the financial-economic bloc of the government. 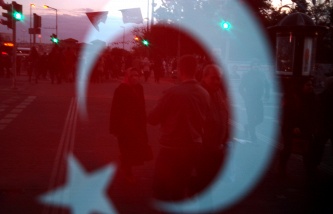 “We, for our part, believe that Russia is acting solely in the framework of the basic agreement and its obligations. All our decisions were made consciously, with an appropriate level of maturity, including on the WTO”, – said the Agency interlocutor.

Earlier, the Minister of economy of Turkey Mustafa Elites stated that Turkey is going to file a complaint against the economic sanctions of the Russian Federation to the world trade organization and international courts. According to him, in small towns across Russia on Turkish companies are under pressure to ensure that they have donated their share to the Russian partners.

At the same time, the source stressed that any country has the right to use the tools of the WTO.

“It’s including the right of the Turkish side as a member of the organization,” he added.

The crisis in relations between Russia and Turkey

The crisis in relations between Moscow and Ankara has arisen in connection with the incident on November 24 in the skies over Syria near the border with Turkey. Then the Russian bomber su-24M was shot down by a fighter jet of Turkish air force. According to Ankara, the aircraft violated Turkish airspace. The defense Ministry stated that violations of the airspace of Turkey was not.

From January 1, 2016 came into effect the main part of the sanctions against Turkey. Russia imposes ban on import of fruits, vegetables, poultry, flowers and salt from this country. Just for January-September 2015 from Turkey to Russia imported these goods for the sum 579,7 million, which is 18.9 percent of the total value of Turkish exports to Russia.

Also began operating ban or restrictions for Turkish companies to perform certain types of work and services, the ban on hiring of new workers from Turkey. Re-introduced a visa regime.