MOSCOW, January 4. Severance of diplomatic relations with Iran Bahren – unconstructive step that does not add to understanding. This was announced on Monday a source in the Russian foreign Ministry. 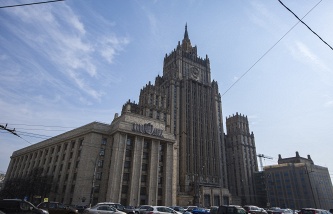 Diplomatic sources: Russia is ready to invite the foreign Ministers of Saudi Arabia and Iran in Moscow

“Instead of breaking up, you need to contact support, engage in dialogue, – said the Agency interlocutor. – We believe this step is non-constructive. Severance of diplomatic relations does not add to the understanding.”

“When there are any contradictions, it is necessary to intensify contacts, to find a common denominator, he said. – History and geography do not change, neighboring countries are destined to live together”.

Bahrain has decided to sever diplomatic relations with Iran this afternoon. The reason for this, as noted by the foreign Ministry of the country, was “the incessant interference (Tehran) in the internal Affairs of not only the Kingdom, but the countries of the cooperation Council for the Arab States of the Persian Gulf”. January 3, about the break of diplomatic relations with Iran declared Saudi Arabia.