ANKARA, 4 January. Turkey is going to file a complaint against the economic sanctions of the Russian Federation to the world trade organization and international courts. On that Sunday said the Minister of economy of Turkey Mustafa Elitas.

PCT: several thousands of employees of Turkish travel agencies working in Russia, will lose their jobs

Companies controlled by Turkish nationals, fall under sanctions of the Russian Federation

The Minister argues that in small towns across Russia on Turkish companies are under pressure to ensure that they have donated their share to the Russian partners. “The trade should also be a moral basis. These entrepreneurs expressed confidence in the Russian government, investing in the country. We will achieve restoration of the rights of all victims in international courts,” said Elitas in an interview with Daily Sabah, noting that currently Turkey is collecting evidence for filing a complaint.

Relations between Russia and Turkey 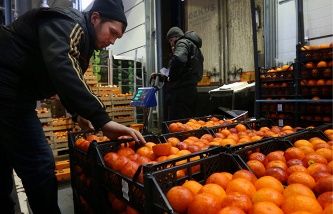 Then the Russian bomber su-24M was shot down by a fighter jet of Turkish air force. According to Ankara, the aircraft violated Turkish airspace. The defense Ministry stated that violations of the airspace of Turkey was not.