SIMFEROPOL, January 5. Russian “Chernomorneftegaz” will supply gas to the city of Genichesk of the Kherson region in southern Ukraine until about March, said on air of TV channel “Russia 24” CEO of the state company Igor Shabanov. 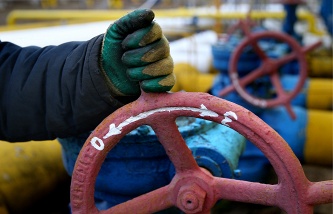 Aksenov on gas deliveries from the Crimea to the Ukraine: the residents of Genichesk “unlucky country”

“This delivery required the city of Genichesk to compensate for the strong consumption growth during cold weather, and delivery will continue until about March. The volumes and schedule will be determined by winter cold,” said he, Recalling that “Chernomorneftegaz” for the second year in winter gas supplies in Genichesk.

According to Shabanova, the volume of shipments last year amounted to about 330 thousand cubic meters. Approximately as much will be pumped this winter.

“Chernomorneftegaz” is not the first time supplies “blue fuel” in Ukrainian Genichesk.

In 2015, the volume of supply in the winter amounted to about 330 thousand cubic meters. This volume will not affect the supply of the Crimea. About it on air of TV channel “Russia 24” told the head of the company Igor Shabanov.

“Chernomorneftegaz” has already been supplying gas in the winter of 2015 in the city Genichesk, also to compensate for the peak cold weather. The volume of deliveries last year amounted to about 330 thousand cubic meters,” – said Shabanov, adding also that “for “Chernomorneftegaz” this volume is quite small and will not affect the gas supply of inhabitants of the Peninsula”.

The gas supply to the population is gradually being restored in the city of Genichesk of the Kherson region due to the supply of “blue fuel” from the territory of Crimea.

The connection of all subscribers is expected to be completed by the end of the day, according to the company “Hersongaz” engaged in the supply of gas to end consumers.

“Today, the pressure on networks is raised to the working level. As of 6 am (07:00 GMT) the present day of 77 attached homes. By the end of the working day forces “Hersongaz”, emergency crews, reinforced, is connected gas supply to all subscribers”, – said the press Secretary on air of TV channel “112 Ukraine”.

As explained repairers, for the resumption of gas flow requires the presence of occupants, so the work is delayed.

The settlement of the situation

Earlier the SSES in the Kherson region reported “UKRINFORM” that “on 4 January at 21.30 with Strelkovsky gas field began a gradual pressure increase in the pipeline due to the reverse gas” from the territory of Crimea. 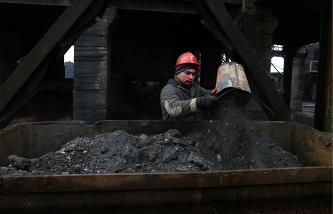 Yatsenyuk: Ukraine enough gas for the winter, but there is a shortage of coal

January 2 in Genichesk by lowering the air temperature below minus 14 degrees and limited capacity of gas Small field there was decrease in the pressure in the municipal pipeline. As a result without gas supply there were more than 1.5 thousand residents. Henichesk district, Kherson region receives gas from Small fields, but in the winter in reverse mode, the gas is further passed from the Crimea.

Russian “Chernomorneftegaz” (the Crimea) began to supply gas in Genichesk on 4 January. Deliveries are arranged by order of the President of Russia Vladimir Putin at the request of the mayor of Genichesk. As said the head of “Chernomorneftegaz” Igor Shabanov, daily volume of supplies will amount to 20 thousand cubic meters, depending on weather and consumption.

According to the head of the Crimea Sergey Aksenov, has already shipped about 14 thousand cubic meters of gas. He noted that the gas supplied from Crimea to southern Ukraine last year. “Then put about 330 thousand cubic meters of gas to Genichesk, he said. – This year the same way, when I received a request to help our neighbors in difficult period, I reported to the leadership of our country. The President has decided to resume delivery”.