VLADIVOSTOK, January 5. /Corr. Natalia Nikulina/. “Corporation of development of the Far East” (CRD) for three months of work in 2015 has received 86 applications from potential residents of the territories of advanced development (TOR) in the amount of 282,778 billion rubles, signed 16 agreements worth 164,46 billion rubles, told the correspondent of TASS Director General CRDW Alexander Korneichuk. 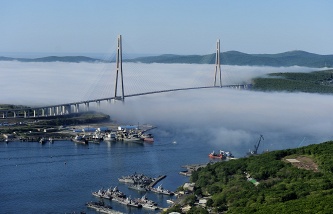 “JSC “CRDW” received 86 applications for the conclusion of an agreement on the implementation of activities in the territories of priority socio-economic development by TORUS 9 to the total amount of investment 282,778 billion rubles, of which 123 billion rubles – OOO “Siberian energy company” (oil refinery),” – said Korniychuk. The number of jobs created in these applications will be 16 980.

“For us, every project is unique and important. The residents implement the project according to the schedule, which is in the agreement. “Corporation of development of the Far East” should provide the resident infrastructure. Construction of infrastructure is also reflected in the project schedule and coordinated with the resident,” – said Korniychuk.

Today the far East has nine THOR. In Primorye two acts, the first of them, “Nadezhda”, has opened the first enterprise plant “* EUROPLAST”, which will produce PET preforms and polymer caps used in the manufacture of plastic bottles. After reaching the design capacity the plant will produce almost 500 million PET preforms a year, about 300 million polymer caps annually.

Just “Nadezhda” will work 30 residents. Key project THOR will become a transport and logistics complex – internal terminal, linked by road or by rail with the seaport. It will also serve as the center for transshipment, storage and customs clearance. This TOR have already begun to create the infrastructure.

THOR “Michael” will specialize in the placement of large farms and centers of deep processing and logistics of agricultural products.

THOR “Khabarovsk” includes three sites, they will be placed transport and logistics centers, agricultural production and food industry enterprises, factories on manufacture of building materials, etc. IN the top “Komsomolsk” also three sites for engineering projects, woodworking power and others.

TOR “Kamchatka” provides for the development of the port – industrial and tourism and recreation industries. The claimed extra-budgetary investments anchor residents in the first phase of the project is not less than 28 billion rubles At the expense of budgetary funds it is planned to infrastructure in the amount of 8.4 billion rubles.

In the top of the “Amur” in the Amur region will be built processing plant cement clinker with a capacity of 142 tonnes per year oil refinery, a major logistics center.

THOR “Belogorsk” will also be created in the Amur region. The main direction is agriculture. It is planned to build a plant for the processing of soybeans, feed mill and bakery plant.

“Industrial Park “Kangalassy” is created in the capital of the Republic of Sakha (Yakutia) and will have industrial specialization. Residents of the Torah will become the enterprises producing construction, energy and industrial materials from local raw materials. It is expected that by 2018 there will be 13 plants manufacturing ceramic blocks, paints, plastic pipes, dry mixes, etc.

THOR “Beringovsky” (specialization in mining) will be created on the territory of the group’s coal deposits in the Anadyr region Anadyr and Chukotka Autonomous Okrug. It is anticipated that residents of the Torah will become the enterprises for extraction and processing of natural gas. It is expected to process up to 50 million cubic meters of gas into diesel fuel and gasoline, which will ensure the needs of the Chukotka Autonomous Okrug in the energy and abandon Northern delivery of oil products.

Tenth THOR should appear in the city of Bolshoi Kamen in Primorye on the basis of shipbuilding plant “Zvezda”, it is planned that the document on its creation will be submitted to the government before 1 February.

JSC “Corporation of development of the Far East” – the management company, which is defined by the Russian government in order to implement functions for managing territories of priority socio-economic development and management of a free port “Vladivostok”. 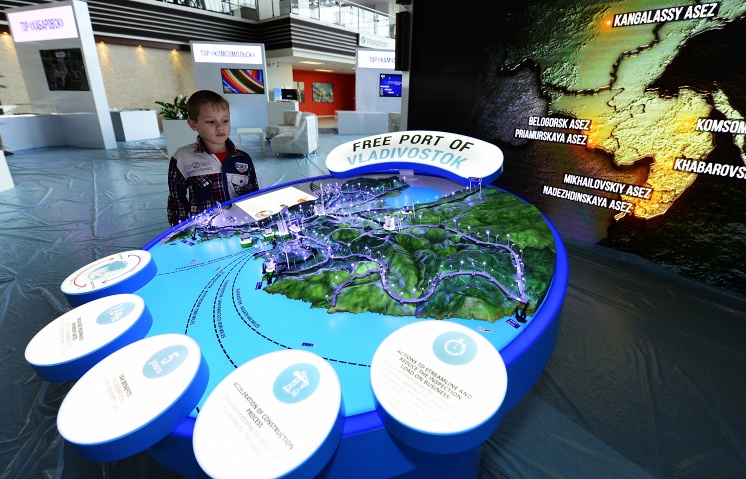