GROZNY, January 5. The head of the Chechen Republic Ramzan Kadyrov called on Muslims to pray for peace in the middle East. According to him, the complication of relations between Saudi Arabia and Iran is of concern to Muslims around the world.

Reaction to the execution of Sheikh an-Nimr 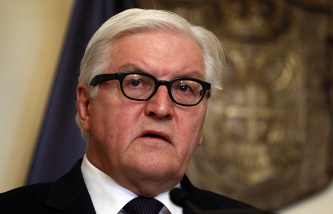 Experts: conflict between Tehran and Riyadh will not lead to a marked increase in oil prices

Kuwait withdraws its Ambassador from Iran

“If immediately not to seek compromise, to sit down at the negotiating table, can happen irreparable. Now all be on the dangerous line, behind which the real war and global catastrophe. I urge all Muslims to pray for the restoration of peace and stability in the Middle East region,” – wrote Kadyrov on his page in Instagram.

He recalled that due to the tragic events in the region “millions of deaths of Muslims in the ruins of the city transformed”.

“Many residents of the States of the region, fleeing from the war, rushed to Europe. In this way thousands of them drown in the sea. Instead of working together to tackle their problems, influential countries in the Middle East give rise to new tensions,” – said Kadyrov.

The head of Chechnya said that does not undertake to judge who is right and is to blame for the complication of relations between Saudi Arabia and Iran. However, the conflict between these two countries is gaining momentum, he said. “Accuse, bordering on threats. In the tinderbox include new countries”, – said Kadyrov.

Last Sunday, Saudi Arabia announced the severance of diplomatic relations with Iran in connection with the attack of a group of demonstrators on its Embassy in Tehran. The incident was provoked by the news of the executions by the Saudi authorities Shiite preacher Sheikh Nimr al-Nimr.