BRUSSELS, 5 January. /Corr. Asya Harutyunyan/. Energy community the EU sent to the European Commission (EC) complaint to Naftogaz for the gas pipeline project “Northern stream-2”. This was announced by the Commonwealth Secretariat.

The project “Northern stream-2” involves the construction of two offshore strings with a total capacity of 55 billion cubic meters of gas per year from Russia to Germany under the Baltic sea. The project will be done by joint project company (JPC) New European Pipeline AG. Gazprom, the SPC will be owned 51%, the German E. ON and BASF/Wintershall, Anglo – Dutch Shell and Austria’s OMV – 10% each, French ENGIE – 9%.

The document States that the case requires a joint consideration by the member countries of the European Union and the European Commission.

At the last EU summit, which was held on 17-18 December in Brussels, the construction of the gas pipeline “Nord stream” was the center of attention. Then, after the meeting at a high level, the head of the European Council Donald Tusk told journalists that the project of the gas pipeline “Nord stream-2” will be carefully studied to meet all the objectives of the EC Energosoiuz, as well as the legislative norms of the community. 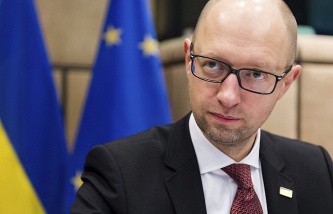 “We agreed that any new infrastructure, any project must fully meet all the objectives of the Energy Union, the first package and all applicable laws and regulations of the EU. And this is important, in particular, in the situation of the “Northern stream-2”, – he said.

Tusk stressed that this pipeline will not help to reduce the volatility of EU from Russia. “If “Nord stream-2″ is constructed, it will increase Europe’s dependence on one supplier and concentrate 80 percent of gas supplies from Russia. In addition, it will lead to a dominant position of Gazprom in the German market, whose share will increase to 60 percent,” he said.

According to him, EU leaders discussed and “geopolitical context” of this question. “We discussed the geopolitical context and the challenges posed by Nord stream, disrupting the transit of Russian gas through Ukraine to Europe,” he added. In addition, the summit showed that the number of EU countries do not understand why the construction of the gas pipeline “South stream” was impossible and “Nord stream-2” is possible. “Some countries, such as Italy and Bulgaria, wanted explanations why the Nord stream, and South stream was not possible. But the conclusion here is obvious – we need to respect our standards,” – said Tusk.

OMV: “Nord stream-2” is designed in full compliance with the third energy package

However, he stressed that the EU cannot intervene in such commercial projects as the “Nord stream-2”. “We can’t intervene in the market on commercial issues, but we can develop a set of laws, regulations of the energy market. Our lawyers will be particularly helpful in assessing the application of these standards to the “Nord stream”, – said Tusk.

The head of the European Council stressed the need to avoid the politicization of this issue. “We should not allow the politicization of this issue, we must trust the EU regulations. Therefore, dominant suppliers are any discounts, but no one will be punished for the fact that he has a lot of gas”, – concluded the head of the European Council. “We expect a legal evaluation of this project. We must solve this problem as a United Europe, and not in bilateral negotiations with energy suppliers,” said Tusk.

Attempt to block the project

On 1 December the European Commission confirmed that it received the message from nine countries of Central and Eastern Europe, prepared on the initiative of Poland and Slovakia, urging them to block the construction of the pipeline “Nord stream-2” which, in their opinion, undermines the energy security of the EU and increases its dependence on Gazprom. 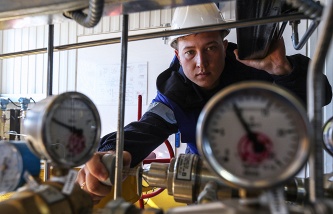 The U.S. Department of state: the construction of “Nord stream-2” will deprive Ukraine of $2 billion a year

In addition, during his visit to Brussels on 7 December Ukrainian Prime Minister Arseniy Yatsenyuk urged the EU to freeze the project, which will provide transit of additional volumes of gas to the EU bypassing Ukraine.

On 4 January the head of “Naftogaz Ukraine” Andriy KOBOLEV said that the first phase of Nord stream has hit the volume of transit through the territory of Ukraine, “therefore, should not be allowed to launch the second phase”.

Earlier, the Minister of energy of Russia Alexander Novak said that Russia does not seek to completely abandon the transit of gas through Ukraine, but on unfavorable conditions, this will not do. The Minister noted that currently we are working on alternative routes of gas transportation, including over the “Northern stream-2”, however “this does not mean that Russia is completely gone from the transit through Ukraine”.