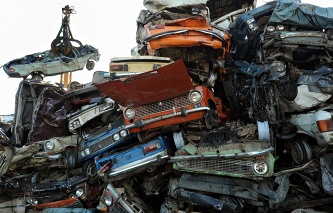 In accordance with the decree, posted on 5 January on the website of the Cabinet, “increased limits to the automakers subsidized the cost of the use of energy energy-intensive automotive industry, limits subsidized costs associated with the production and support of warranty in respect of wheeled vehicles that meet the standards of Euro-4 and Euro-5, and limit subsidized costs jobs.”

The decisions “will help to stabilize financial and economic situation in the Russian automotive industry by the end of 2015 and in 2016, reducing costs to the manufacturers in the content of jobs, to reduce costs incurred on electricity, to ensure investment of savings in the implementation of energy efficiency programmes in enterprises, and to prevent in 2016 a significant growth of prices for manufactured cars.”

At the end of 2015, the Minister of industry and trade Denis Manturov said that Prime Minister Dmitry Medvedev took the decision to continue programs of support of demand for cars next year, spending for the first half of 2016 20 billion.

Manturov stressed that the support measures of a financial nature that were provided in 2015, the automotive industry, allowed to reduce the decline in production and sales from an estimated 50% to about 23-24%.

According to the Minister, and a market of 1.6 million vehicles sold in 2015, almost 600 thousand cars were in varying degrees profinansirovali by the state.

Manturov noted that as a significant measure of support can be considered the payment of interest on loans for working capital. In total that subsidy received 187 enterprises in the amount of 6 billion rubles.

Separately, the Ministry supported the demand for automobiles through the implementation of the recycling program, trade-in, leasing and preferential preferential car loans. For these purposes in 2015 from the state budget was allocated 24 billion rubles.