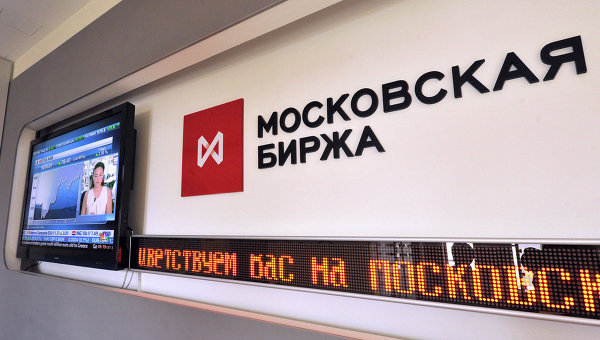 MOSCOW, 6 Jan. Elena Likova. The shares on Wednesday closed in red zone on the main indexes, the rouble at the evening auction was slowed by the fall of the dollar and the Euro.

The February futures for Brent crude oil has slowed down the fall and fell 5,51% to 34,42 dollars per barrel.

Surprises of the week

The first working week of the year in the stock market gave the players a surprise.

On Monday, China’s stock market tumbled to a stop, sales in the Chinese market triggered a destabilization and other stock markets, is reminiscent of Nicholas Podlevskikh from “Zerich capital Management”. Thus, the failure of the DAX in Germany on Monday amounted to 4%, in the USA the auction ended with a decline of 2%, gives the example of the analyst.

On Tuesday the situation has stabilized, and the Russian stock market was able to regain some of the losses to close in green zone.

But the most unexpected event of the first week was the collapse of oil prices in the medium below 35 dollars per barrel.

The ruble is losing ground

Against the background of falling oil prices to the lows of 2004, the ruble strengthened the fall of the dollar and the Euro. Accordingly, in the afternoon the dollar rose to 75.1 ruble, updating the December high, the Euro to ruble 80,69.

“The December decline from 50.5 points to 49.4 per item composite index of business activity in China from Caixin and the weakening of the Chinese yuan to 6.55 yuan per dollar (the lowest level since April 2011) contributes to the strengthening of the US dollar and lower commodity assets. Against this background, the canadian dollar, the Norwegian Krone has updated the lows of 2015 the U.S. dollar. Next in line was the Russian currency”, — says Sergey Kochergin from the Exness group of companies.

As noted podlevskih from “Zerich capital Management”, the scenario of further declines in oil prices and the related decline of the ruble in the coming months seem likely. In January it’s possible to see new lows in oil prices — to some arguments bear market scare which started oil supplies from the U.S. to Europe, he adds.

Shares of “inter RAO” continued a three-day rally and climbed 3.8%.

A powerful wave of sales of oil and decline in U.S. indices in Wednesday create a very negative situation on the Russian stock market, says expert “ALOR Broker” Kirill Yakovenko.

If oil prices in the coming days will not rebound in the area is 36 dollars per barrel of Brent mix, Sunday, January 11, domestic courts will likely start to drop 2-3%, the dollar will again exceed the level of 75 rubles, and in the market there is a panic, the expert believes.

At 22.00 GMT will be released the FOMC meeting minutes, so it’s unknown what will be the volatility after 19 GMT, said Vladislav Antonov from Alpari.

Despite the weakening of the ruble, buzz in the market is not observed, the overnight REPO rates are the lowest in the last year — 5%, says Georgy Vashchenko of “freedom Finance”.

“The expectations for USDRUB pair: 73 — 74. Stock market mixed dynamics. In the first echelon there are no obvious leaders and outsiders. In conditions of low activity of participants and the absence of significant corporate events, the market will follow the dynamics of external fields, which remains negative. The benchmark MICEX Index: 1730 points,” he says.

It is likely that the MICEX index will drop to 1735 points, and the RTS index — to 725 points, because even the aggravation of the situation in the middle East does not lead to a spike in prices for oil grades Brent and Urals, says Mikhail Krylov from the IR “Golden Hills – Kapital AM”.

If December’s statistics on the labor market in the U.S., which will be published January 8, will be at the level of expectations (that is, the U.S. economy will create at least 200 thousand new jobs, and the unemployment rate will remain at around 5%), the US dollar will strengthen above 75 rubles, says Kochergin from the Exness group of companies.