The downturn in the global economy caused by its transition to a new, sixth way production and information production, the world has entered a period of prolonged recession, according to the Senator Sergey Kalashnikov. 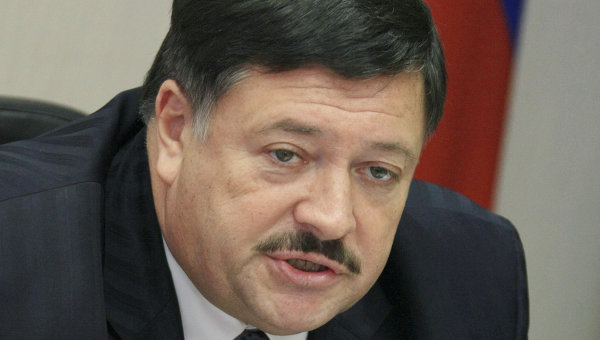 MOSCOW, 7 Jan. The downturn in the world economy is associated with its transformation, with the transition to a new, the sixth phase information production, believes the first Deputy head of the economic Committee of the Federation Council Sergei Kalashnikov. The Senator believes that the recession in the world economy will last for several years.

“By itself, the prognosis is very conditional. The world crisis is associated with the transformation of the whole economy and the transition to a new, the sixth phase of development and information production,” Kalashnikov said on Thursday.

He explained that if the earlier production was associated with material things that concerned the instruments of labour, and the fruits of production, now comes new technology, when a person receives information, processes it and produces information. According to the Senator, a clear example of new technologies can serve as the 3D printers. “For Russia, the situation is unfavourable, we came to a new technological way unprepared,” said Kalashnikov. However, if the Western countries need to build a new production at the old base, Russia this has the advantage that it can create new technological projects “from scratch”.

“We need sensible economic policies and wise investments in modern technology. Need to do basic science,” — said the Deputy head of Committee of the Federation Council.

The Senator does not agree with the world Bank forecast that by 2018, the global crisis can end. “Reason yet to assume that next year the economy will start to grow, we have entered a period of long recession,” he said. “How are we going to get out of it is unknown,” — said Kalashnikov.

According to the Senator, continue to expect revenues from sales of oil and other energy resources is questionable.