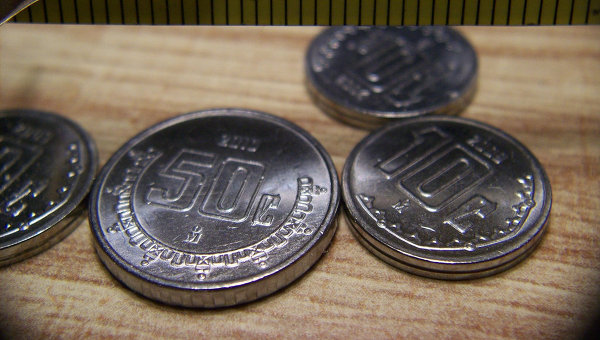 MEXICO city, 7 Dec –. Mexican currency the peso on Thursday updated its records fall against the dollar when buying the American currency at retail.

According to the information of banks in Latin American countries, the dollar price varies from 17,95 to 18,10 peso. Thus, the “probit” historical marker at 18 pesos per dollar.

The main factors that influenced the weakening of the peso, became the unfortunate situation with the price of oil and developments in China. In Thursday trading on Chinese stock exchanges were suspended for 15 minutes after the CSI 300 index, which reflects the value of the shares of the 300 largest companies on the Shanghai and Shenzhen stock exchanges, has fallen by more than 5%. Two minutes after the resumption of trading, the index dropped by 2%, after which trades were suspended until the end of the day.

In these circumstances, the monetary authorities of Mexico were forced once again to resort to the mechanism of supporting of the peso by selling on the stock exchange of 200 million dollars. Meanwhile, the Central Bank of Mexico noted that the demand for the U.S. currency reached nearly $ 2.3 billion. By results of trades on the interbank dollar exchange rate amounted to $ 17,66 peso, and in the course of the trading session, it fell to historical 17,71 peso.