SEVASTOPOL, January 8. /Corr. Janina Vaskovsky/. Ukrainian businessman Igor Kolomoisky, the claim about protection of property which now is considered in arbitration court in the Hague, has assigned Bank deposits more than a million of the Crimean people. This was stated by the Governor of Sevastopol Sergey meniailo. 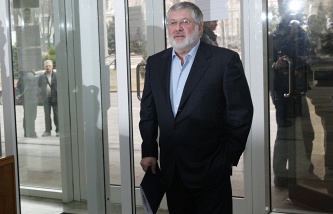 “Kolomoisky filed in the Hague court to return him to the infrastructure of the airport Belbek, while modestly silent that leaving the Crimea, its “PrivatBank” took with itself deposits more than a million people that the inhabitants of the Peninsula were returned to the Russian authorities. In the middle ages Kolomoisky for it, probably would cut off his hands, and in our humane time, he still tries to sue. Well, let them sue!” – quoted Governor of Sevastopol, his press Secretary Kirill Moskalenko.

January 6 in the Hague began the trial of the claim of Kolomoisky and company “Belbek Airport” to the Russian Federation. According to the plaintiffs, Russia violated the obligations arising from the Russian-Ukrainian agreement on the promotion and reciprocal protection of investments, through measures that deprived the plaintiffs of ownership of the passenger terminal in the Crimean airport Belbek. Russia has not recognized the jurisdiction of international arbitration and has appointed its representatives for the proceedings.

In Russia against Igor Kolomoisky criminal case. He is accused of organization of murders, use of prohibited means and methods of warfare. The state Council of the Crimea September 3, 2014 nationalized located on the Peninsula property Kolomoisky and his affiliates. Initially the list included 65 sites, were then added another 19. Funds from their sale will be used to reimburse the depositors of “Privat”.