The first phase of the project involves an investment of $ 1.3 billion, the project should pay for itself in six years, said Minister of industry and trade of Russia Denis Manturov. 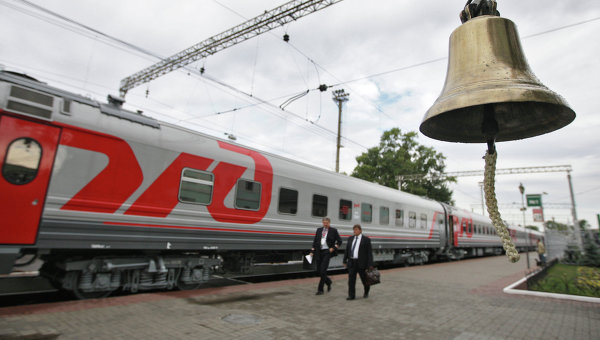 JAKARTA, 8 Jan. Started OJSC “Russian Railways” (JSC RZD) in the past year, the railway construction project and related infrastructure cost $ 2.5 billion on the island of Kalimantan in Indonesia will be completed in 2019, said Friday to reporters in Jakarta, Minister of industry and trade of Russia Denis Manturov.

Minister of industry and trade were in the capital of Indonesia for a working visit and to participate in the meeting of co-chairmen of the intergovernmental Russian-Indonesian joint Commission on trade and economic and technical cooperation, headed from the Russian side it is.

The project will pay for itself in six years

“This is a commercial project, it is economically favorable, and we expect that we will be able to attract loans from several international banks. There large our investment and can be investment of a number of local firms,” he told reporters Manturov.

“On this project, incidentally, was discussed at the last morning meeting with the President of the Republic of Indonesia Joko Widodo, who stressed that we have the right to independently implement the project and to involve in implementation of local investors”, — said Russian co-chair of the Intergovernmental Commission.

Work on the project, which started in November of 2015 with a ceremony attended by President Joko Widodo, must be fully completed in 2019, said Manturov.

RZD is the main investor and the owner of the project, which includes the construction of a railway to transport mined in the province of East Kalimantan coal, with all its infrastructure and coal terminal, as well as supply cargo 1100 40-ton railway wagons and locomotives, tandem 40.

“The project is so economically favorable that we and the banks involved in the financing, I feel quite comfortable in it: all investments pay for themselves within six years,” he told journalists in Jakarta Denis Muratov, the General Director of open specifically in 2010 in Indonesia, a project company of Russian Railways, on Friday took part in events of the working visit Manturov.

“The project will be the first in the history of Indonesia program on implementation of weather-independent and environmentally friendly, correct way to transport coal, palm oil, various other cargo,” — said Muratov.

“The cargo will go by rail to the seaport with vast areas of Kalimantan, which is the largest island of Indonesia and is very rich in natural and mineral resources”, — he said. The CEO of the project company explained that the project RZD exceptionally favorable province of East Kalimantan from a socio-economic point of view.

In addition, he said, for Indonesia, as a state, the project is important from the point of view of technology transfer: Russian Railways passed to the Indonesian side of the advanced technologies that are used in railway construction, and train local staff in their application.

“Of course it is also important that we train local young professionals who are within six years will be trained in railway universities in Russia, will return to leadership positions in our company, and will work using Russian language. We are proud that next year we will study 200 people, and in the near future — 350”, — he added.

It is extremely important, as well, and then, Muratov continued, the project is highly eco-friendly.

“We will first use the technology to replace diesel generator sets on the traction battery. We will use for control systems solar electric power plants, and in addition, will try to put Indonesia in the settings to improve the calorific value of the coal to combustion in thermal power plants allocated significantly less smoke and harmful substances,” he said.

This will be done using both Russian and Western technologies, and technologies created in Southeast Asia and associated with primary processing and briquetting of coal. Therefore high ecological transportation, said Muratov.

The financing of the first phase of the project

Anchor the project investor is the Russian company OJSC “Russian Railways”, which also received a comfortable letter about this investment by Vnesheconombank relate to both the capital investment company and debt financing, said Muratov. A large number of local banks, including with state participation, are also showing significant interest in this project, he added.

The first phase of the project is purely a railway, it requires an investment of $ 1.3 billion, said the CEO.

“The first money, the most important money — from Russian Railways, were financed through Bank of America, then the share capital will be increased to $ 300 million and $ 300 million of the authorized capital of Vnesheconombank provides an additional $ 700 million of lending,” — said the head of the project company.

Subcontractors of the project will be Russian, Indonesian and regional firms, he said.

In the future, Russian Railways may participate in other projects of creation of railway infrastructure in Indonesia, said Muratov. Such projects, the authorities are planning four, the total length of Railways up to 4 thousand kilometers.

“The Indonesian side has shown interest in our participation in these projects, but so far we can speak about it only in hypothetical form. We can consider further steps only when we are quite sure that our first project in East Kalimantan close to a successful conclusion,” — said Muratov.