The forum is planned to discuss the issues of improvement of the urban environment, the problems of housing and communal services. As stated by the Secretary of the General Council “United Russia” Sergei Neverov, the problems in Moscow and the Moscow region is similar. 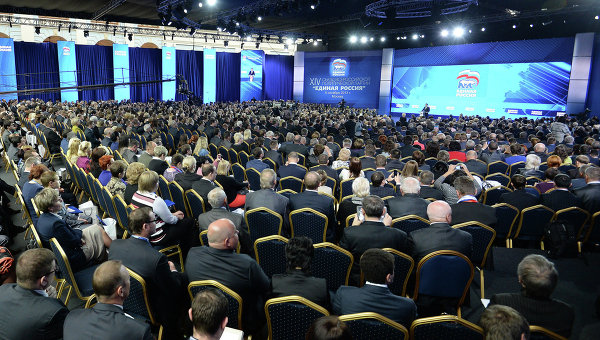 MOSCOW, 8 Jan. “United Russia” on January 27, the forum will be the primary party offices in Moscow and Moscow region on which will discuss questions of development of regions, improvement of the urban environment, utilities, informed the Secretary of the General Council “United Russia” Sergey Neverov, at a briefing on Friday.

“Last year we had a very interesting and unprecedented event — the forum of secretaries of local branches. And the primary branches have a request to hold such a meeting on important for our citizens to questions, topics. With this initiative, in particular, spoke of the regional branch Moscow and Moscow region”, — said Neverov.

He noted that the President of the EP, the head of the government Dmitry Medvedev proposed on January 27 to conduct the forum, which discussed key regions for these questions — questions of improvement of the urban environment, the problems of housing and communal services.

“The problems are very similar to those in Moscow and the Moscow region. And I think that on January 27 we will discuss the problems”, — said Neverov.