MOSCOW, January 11. Russian tour operators selling tours to Egypt until the termination of air links with that country, still remain there on Deposit with the partners, reported on January 11 the correspondent of TASS Vice-President of the Association of tour operators of Russia (ATOR) Dmitry Gorin.

“Russian tour operators are still deposited in Egypt, – said Gorin. These funds are frozen until future periods is favorable. It is not known when they will come”. 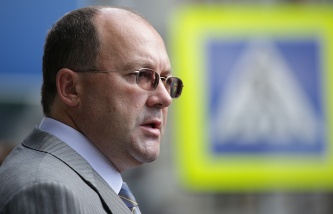 Russian tour operators said about 1.7 billion rubles of losses because of the ban on flights to Egypt

According to Gorin, ATOR no information about what the amounts involved. “Turniry this information has not been disclosed. This is the question of the relationship of each individual operator partner, so such figures are not published”, – said the Agency interlocutor.

According to Gorin, the tourists who bought tours to Egypt, “the situation has not changed.” “Some people overbook tours in other countries, someone got a refund taking into account the incurred costs, and someone deposited money from the tour operator on a summer holiday”, – said Gorin.

The President of Russia Vladimir Putin of the Russian Federation on 6 November 2015 agreed with the recommendations of the National antiterrorist Committee (NAC) to suspend flights to Egypt to ascertain the causes of the crash of Airbus A321. The A321 aircraft to the Russian airline “Kogalymavia” carrying out flight 9268 Sharm El-Sheikh to St Petersburg, crashed October 31 in 100 km to the South from the administrative centre of province Northern Sinai city of El Arish. In total the plane was 217 passengers and seven crew members, they all died.