MOSCOW, January 11. Russia in 2015 may become one of the five countries where the highest probability of a recession economy. This is evidenced by a survey of analysts conducted by Bloomberg. 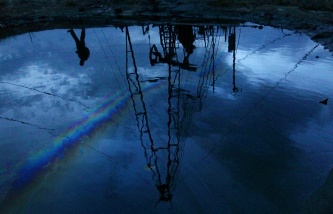 The rating, compiled on the results of the survey, includes 93 of the state. Russia is in it fourth from the end, sharing one line with Ecuador. According to experts of Agency, the economy of these two countries at year end, a decrease of 0.5%. According to the Agency, the fall of the Russian GDP will happen due to the sanctions the US and EU, and low oil prices.

While the worst performance will be demonstrated by Venezuela. The economy of this country may fall by 3.3%, primarily due to falling oil prices, which constitutes 95% of total exports. Brazil’s GDP may fall by 2.5% by the end of 2016, and Greece – 1.8%.