The volumes of gas supply in Henichesk district of Kherson region of Ukraine vary depending on weather conditions and if necessary can be increased, reported the Crimean company “Chernomorneftegaz”. 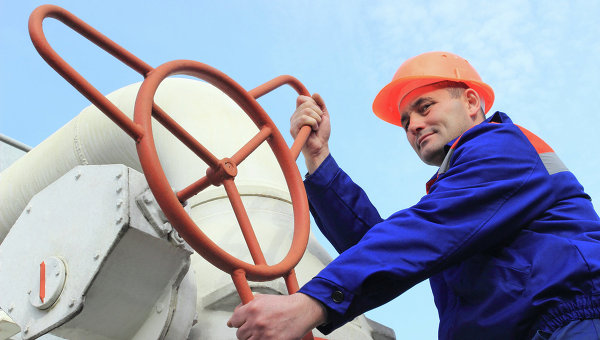 MOSCOW, 11 Jan. Crimean “Chernomorneftegaz” from 4 to 11 January, put in Henichesk district of Kherson region of Ukraine, more than 33 thousand cubic meters of natural gas and, if necessary, ready to increase supplies, said in a statement.

The Russian President Vladimir Putin on humanitarian grounds previously instructed to study the possibility of providing gas supplies to a freezing in early January to Genichesk. Fuel city is not enough because of the strong cooling, the residents claimed that it was not in the period of more than 20 Celsius for three days. The traditional issues of gas supply in the region was decided by the Crimean company “Chernomorneftegaz”. However, after joining the Peninsula to Russia, gas supplies to consumers of the Kherson area became concerned solely with the Ukrainian fuel and Energy sector.

As explained to journalists the head of “Chernomorneftegaz” Igor Shabanov, daily volume of supplies will amount to 20 thousand cubic meters, depending on weather and consumption. According to him, gas supply from the territory of Crimea will be carried out during cold weather to compensate for peak consumption settlements near Genichesk. The head of “Chernomorneftegaz” will not comment on the issue of payment for gas delivered.

“With 22.40 January 4th GUP RK “Chernomorneftegaz” start supplying natural gas to the town of Genichesk. However, no commitments on the supply of “blue fuel” and in a neighboring state and the entity does not, assistance is provided on a charitable basis. Today the company continues the supply of Genichesk. Delivery volumes vary depending on weather conditions and if necessary can be increased. As of January 11, the city received more than 33 thousand cubic meters of natural gas”, — is spoken in the message of “Chernomorneftegaz”.

“Gas supplies to the neighboring region do not affect stable gas supplies to consumers of the Republic of Crimea and city of Sevastopol. Sue RK “Chernomorneftegaz” is sufficient for the entire heating season the volume of gas in Glebovsky underground storage facilities,” says the company.