MOSCOW, January 11. Deputies of the Communist faction in the state Duma once again initiated the collection of signatures for parliamentary investigations into the activities of former defense Minister Anatoly Serdyukov. This was reported by MP from the Communist party Valery Rashkin. 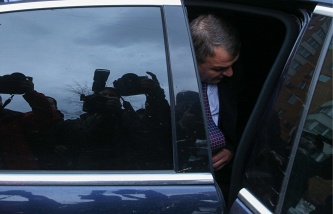 “In connection with newly discovered circumstances, we initiated the collection of signatures (a parliamentary investigation),” said Rashkin, adding that currently collected “more than half (from 90 minimum required – approx.) signatures”.

For its part, the Chairman of state Duma Committee on civil, criminal, arbitration and procedural legislation Yuri sinelschikov believes it is necessary to understand that the office “was when Serdyukov, and eliminate the causes and conditions for this mismanagement, and abuse”.

Chemezov: the appointment of Serdyukov should be consistent with the Cabinet and President

In turn, the first Vice-speaker of the state Duma, first Deputy Chairman of the CPRF Central Committee Ivan Melnikov has explained that currently in the faction discusses not only the initiative on holding parliamentary investigations. “Now there is a period of accumulation initiatives of a different nature, and which of them will receive in the form of a parliamentary investigation, going from the level of the whole faction will be decided after the first meeting, when all MPs will be back with the mandates of the citizens,” he said.

The Communists have repeatedly tried to initiate a parliamentary investigation against Serdyukov’s activity. In September 2015 the state Duma in the third time did not support this proposal.

The official accusation of negligence to the former defense Minister was charged in December 2013. Guilt is not admitted. Serdyukov faces a sentence not connected with imprisonment. The ex-Minister was granted Amnesty in 2014, and the criminal case against him closed. The main military Prosecutor’s office confirmed that he was pardoned legally.