The Chinese economy is moving from a period, when there was a very high level of economic growth to a period of more stable growth, said the head of the International monetary Fund Christine Lagarde, noting that such changes are natural. 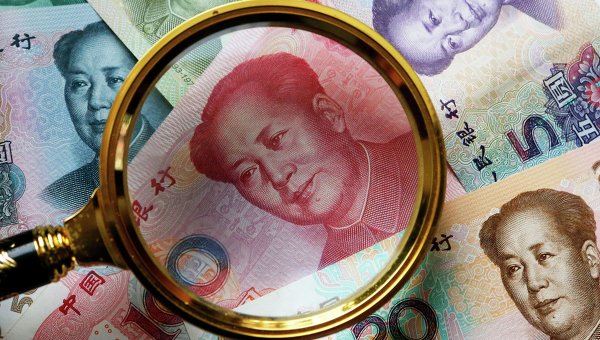 “The Chinese economy is undergoing a very important transitional period, moving from the period, when there was a very high level of economic growth, to the period of more stable growth,” said Lagarde in an interview with Xinhua news Agency.

Thus, according to the head of the IMF, China will remain the world’s second economy. “China remains the second largest economy in the world after the American. Its economy will continue to grow, which means future purchases of raw materials (in other countries)”, she said.

According to Christine Lagarde, the number of orders China for supplies from abroad of many raw materials will be reduced following the drop in consumption that will lead to some reduction of Chinese investment in the country producing raw materials, for example from among the African States. While Lagarde stressed that the process will not change the status of China as a major customer countries-producers of raw materials.

Speaking about China changing its economic policy, in particular regarding the exchange rate, Lagarde reiterated that during the transition period of these fluctuations is to be expected.

Earlier investors ‘ concerns over China’s economy intensified after the people’s Bank of China weakened the yuan to the dollar in the first week of 2016, more than 1.5%. This was the largest change in the rate of the national currency of the PRC from August 2015, when the devaluation of the yuan the strongest effect on global stock markets. However, on Friday, January 8, Chinese Central Bank raised the yuan exchange rate against the dollar to 6,5636 with 6,5646 yuan a day earlier. On Monday, the regulator continued strengthening of the yuan, setting the rate at around 6,5626 yuan per dollar.

Investors ‘ mood was also affected by Chinese data on inflation, which in December was 1.6% in annual terms, as expected. A month earlier the figure was 1.5%. While producer prices in December fell by 5.9% in annual terms in the forecasts of reduction of 5.8%. The decline in producer prices continues since April 2012, indicating that the deep-rooted pressure on Chinese producers due to the weakening economy.

Previously the managing Director of the IMF Christine Lagarde said that global economic growth in 2016 will be disappointing. Lagarde expressed fears that the rate increase by the fed and slowing economic growth in China will lead to uncertainty and greater risk of economic instability in the world.