LONDON, 11 January the Russian ruble is currently undervalued against the dollar by 69% according to the index of “big Mac”, which is used to compare purchasing power and exchange rate of national currencies against the US dollar. 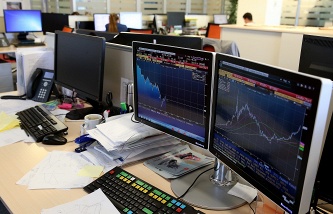 It is reported by British magazine The Economist, which calculate the index.

According to the publication, the price of “big Mac” in Russia in January 2016 was $1,53 (114 rubles at the exchange rate of 75,66%) 4,93 against the dollar. This means that the fair rate of the ruble is 23,12 rubles per dollar, meaning the Russian currency is undervalued by 69%, calculated The Economist.

The worst performance index in recent years was recorded in January of last year, when the ruble was undervalued by 71.5%.

Among all countries included in the index, the most undervalued currency is the Venezuelan Bolivar. She’s underrated in 86,5% with the value “big Mac” in Venezuela $0,66 (132 Bolivar). His fair rate – of 26.77 Bolivar per US dollar.