MOSCOW, January 11. Iran will take all possible measures to prevent banned import of Turkish products under the guise of Iran to the Russian market. This was reported in the press release of Rosselkhoznadzor. 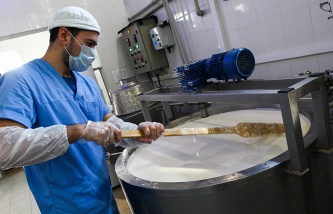 Media: Iran will start exporting dairy products to Russia from the second half of January

In particular, the national service for quarantine and plant protection of the Islamic Republic of Iran, through actualized in the course of negotiations e-mail addresses will be addressed to the Rosselkhoznadzor with the necessary information. Moreover, the Iranian side over the next days will work to confirm the authenticity of all phytosanitary documents intended for authorization by the Rosselkhoznadzor.

“In connection with introduction in the Russian Federation the special economic measures against the Turkish Republic and, as a consequence, the restriction of import into Russia of certain types of regulated products origin Republic of Turkey, the Rosselkhoznadzor asked the national organization for quarantine and plant protection (NPPO) of the Islamic Republic of Iran on the issue of providing information about issued by Iran to the Russian Federation phytosanitary certificates, as well as the Russian side from January 2016 authorization phytosanitary certificate issued by the NPPO of Iran, to prevent the import into Russia of regulated products accompanied by a forged phytosanitary certificates”, – stated in the message.

Phone consultations between the two agencies was held on 11 January 2016 and were devoted to the discussion of some measures to improve safety during the export of quarantine products from Iran to Russia.