The international monetary Fund agreed that the adopted 25 December 2015, the state budget of Ukraine meets the objectives of the programme of cooperation with the country, said the Minister of Finance Natalia Yaresko. 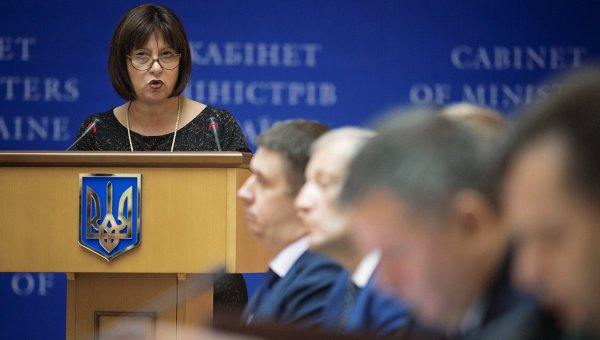 KYIV, 11 Jan. The international monetary Fund (IMF) agreed that the Verkhovna Rada adopted the state budget meets the goals of the program of cooperation with Ukraine, said the Minister of Finance Natalia Yaresko.

Happy 25 of December last year, with corrections adopted the state budget for 2016. Jaresko said that the adoption of the budget is not a guarantee of receiving a new tranche from the IMF. According to her, there was no certainty that everything is included in the document, the changes will be agreed with the Fund. Kiev was waiting for assessment from the IMF.

“During the consideration in the Verkhovna Rada people’s deputies, first, has made to the draft budget a number of changes that have not been agreed with the IMF, and secondly, refused the adoption of the new edition of the Tax code, which was adopted by the President at the National Council of reforms and which formed the basis of the draft law on the state budget, the Ministry of Finance agreed with the IMF”, — quotes the words of the Minister of the Ukrainian Internet publication “economichna Pravda”.

“The IMF agreed that the adopted budget is generally consistent with the objectives of the programme,” said Jaresko.