MOSCOW, January 11. Wave of anti-government protests in Poland and the friction between Warsaw and Brussels should serve as a reason to think for Ukraine, which is trying to integrate into the EU. This opinion was expressed on Monday in his blog on the website of the Federation Council the head of Committee on international Affairs Konstantin Kosachev, mutual commenting on the recent remarks of the Polish politicians and their colleagues from the EU institutions. 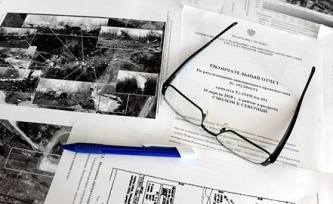 The Senator recalled that the President of the European Parliament Martin Schulz has described as a “coup” amendments to the functioning of the constitutional court of Poland, adopted by the upper house of its Parliament by the end of 2015. Then swept the country of unrest due to changes in the media law, “reinforcing the control of the state.” “In Brussels reacted rigidly: the European Commissioner Oettinger said that Poland should be put under the supervision of the European Commission. But the poles responded even tougher – that is, “on the verge”, – said the MP, adding that in response to the letter “the Minister of justice of Poland Zbigniew Zebro recalled the war past of his grandfather, “which during the Second world war, fought in the ranks of the Army with “the German supervision”.

The Senator also said “one curious aspect” of Polish history. “Because, paradoxically, at the election in October lost “party success.” “It was the government with the best indicators in Europe,” he said. “And yet, voters felt the economic situation and “the direction in which the country is moving”, according to the polls, “bad” or “very bad”, – said Kosachev.

In his opinion, a possible cause of conflict of Warsaw and Brussels that “even as economic “movers” in the EU, next generations of poles do not live as the Germans”. “By the way – an occasion to reflect and Ukraine, expects rapid growth from the Association (not even a membership!) with the EU, and for this sacrificed the most competitive industries,” – said the head of the international Committee of the Federation Council. “Poland and Ukraine began in 1991, with similar performance, the difference between them now is enormous. But even successful Poland, an EU member, is still far from the leaders”, – he noted, adding that the success of the European model of development “that everyone believe in its inevitability”. “But this belief in itself runs on a “pyramid of wealth”, which is dominated by the interests of the first and the last the first never not be”, – he concluded.