In the framework of a telephone conversation, US Secretary of state John Kerry and foreign Minister of Russia Sergey Lavrov discussed a number of issues of international agenda and bilateral relations between the US and Russia. 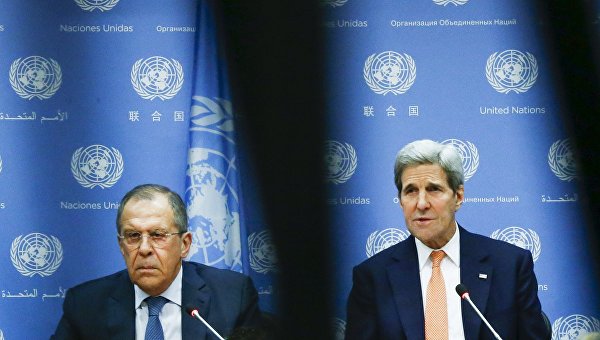 WASHINGTON, 11 Jan. Alexey Bogdanovsky. U.S. Secretary of state John Kerry and Russian foreign Minister Sergei Lavrov discussed by telephone a number of international issues and agreed that they would try to meet in the near future, said Monday the U.S. state Department spokesman John Kirby.

“They discussed a range of issues, including the political process in Syria, fighting with DAISH (IG, is prohibited in the Russian Federation — ed.), regional issues in the Middle East, Ukraine, the recent nuclear tests of North Korea and bilateral relations between the US and Russia. They agreed to stay in close contact and look for the opportunity to meet in the coming days,” said Kirby.