NEW YORK, January 11. /Corr. Kirill Volkov/. Russian billionaire Dmitry Rybolovlev, a former owner of Uralkali, decided to sell his penthouse in new York’s Manhattan. This was reported in the Sunday edition of the New York Post.

According to him, the businessman bought an apartment with ten bedrooms and views of Central Park in 2011 for his daughter. Then he laid out the penthouse for $88 million according to the New York Post, at that time this amount was a record for transactions in real estate in new York. The cost, which is now estimated housing, the publication does not specify. 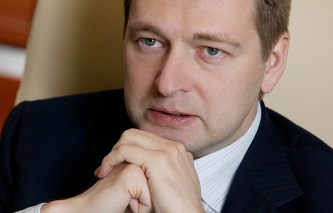 In the spring of 2014, a court in Geneva has obliged the businessman, which, in particular, the owner of football club as Monaco to pay his ex-wife, Elena Rybolovleva, 4 billion Swiss francs (about $4.5 billion) in divorce proceedings, which dragged on for six years. In addition, the court gave Rybolovleva custody of the younger daughter, as well as the right for property located in the prestigious area of Cologny on the outskirts of Geneva.

In March 2012 Rybolovlev, who at the time was the lawful wife of a businessman, filed a lawsuit against it, alleging that the acquisition by the representatives of the billionaire the most luxurious apartments in the house at Central Park is illegal, as contrary to the decision rendered earlier by a court in Geneva during the divorce process.

According to Forbes magazine, the state Rybolovlev is estimated at $8.5 billion In 2015, he was ranked in 14th place in the rating of the richest businessmen of Russia according to the publication.