According to Deputy Chairman of the HRC Evgeny Bobrov, in monitoring the working group on election observation will be able to participate all active professionals who really aim to establish the truth, as long as they were without political preferences. 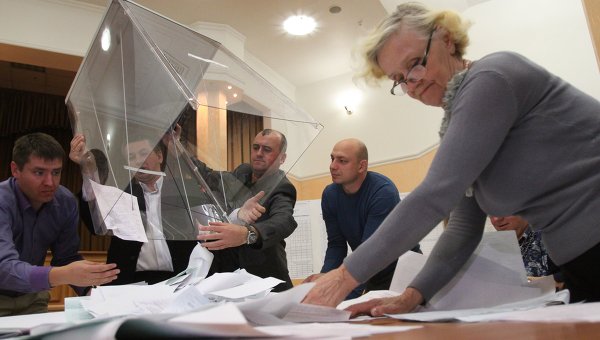 MOSCOW, 11 Jan. The monitoring working group set up at the presidential Council on human rights (HRC), were already working on the 2015 elections, it will be monitored and the upcoming this year’s September election, as specialists in it probably will include representatives of different organizations, said Monday the Deputy Chairman of the HRC Evgeny Bobrov.

Previously, the newspaper “Izvestia” reported that representatives of Supervisory organizations acting as “foreign agent” will be included in a special monitoring group for the elections of 2016.

“Created a working group already at the last election she worked,” said beavers, noting that the same working group will monitor the upcoming elections and in 2016. He did not rule out that its composition may vary: some of the members of the HRC may join this group, someone might want to leave her.

“There probably will be as experts and representatives of the “Voice”, and other organizations – regardless, the “agents” or not”, — said the Agency interlocutor. However, the representatives of which organisations will be included in this group, has not been discussed yet, said the Chairman of the HRC.

“I think that all active people who are really aiming to establish the truth — so long as they are without any political preferences were, I think they all will participate,” added beavers. According to him, the group will start working around June-July, when it will begin the campaign, and by that time all organizational issues will be resolved.

Last summer in the HRC was established a monitoring working group for public control over the observance of the rights of voters at the local and regional elections in 2015.