In 2015 between Russia and Iran signed a contract on deliveries of antiaircraft-rocket complexes With-300. At the moment the Russian side has received an advance on part of the system, the contract is under implementation, said the Russian Deputy Prime Minister Dmitry Rogozin. 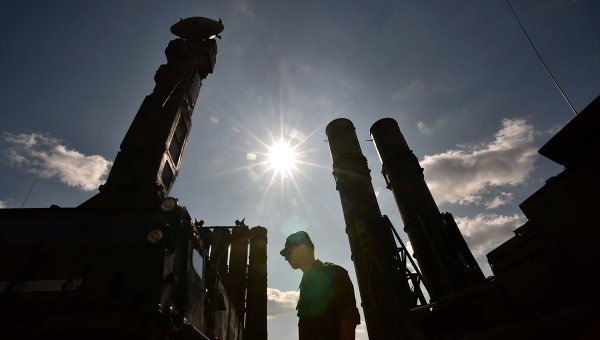 “The delivery of s-300 systems defined in the contract. He signed last year. Delivery begin with the receipt of funding. They were transferred to the accounts of the relevant Russian organizations, and the contract is now underway,” — said Rogozin.

According to Dmitry Rogozin, the Russian and Iranian sides are in constant contact.

“I’m here even before the New year, on Sunday held talks with Mr (Hossain) Dechano, Minister of defense, so now we have unprecedented good relations with the Islamic Republic of Iran. We have not had, and we have common interests, they are primarily associated with the restoration of security and peace in Syria,” — said the Vice-Premier of the government of the Russian Federation.

“Here the contract on s-300, it opens the road in General for deep cooperation between our countries not only in military-technical sphere, but also the economy. You know that President (Vladimir) Putin was in Tehran recently, it was decided on the allocation of loan to Iran, which will go to civil investment projects, so we are all Iranians well”, — said the Deputy Chairman of the government.

Russia and Iran signed in 2007 a contract to supply s-300 cost about $ 900 million. However, after the adoption by UN Security Council resolution 1929, which provided for the imposition of sanctions against Iran, the former at that time President Dmitry Medvedev by his decree suspended the execution of the contract. In response, Iran filed at the international arbitration court the claim against the Russian Federation in the amount of 4.2 billion dollars. Now the parties are negotiating about the withdrawal of this claim.

The President of Russia Vladimir Putin has signed in April this year a decree that removes the ban on the delivery of these complexes to Iran. In June, the assistant to the President for questions military-technical cooperation Vladimir Kozhin said that Moscow and Tehran are preparing a contract to supply s-300. However, he stressed that the system With-300 has been modified, improved tactical-technical characteristics.