The reason to investigate ex-defense Minister Anatoly Serdyukov is the “second wave” of criminal cases on “Oboronservis”, was reported in the Communist party. 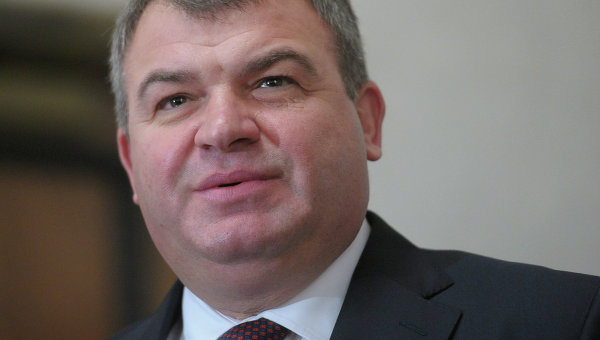 MOSCOW, 11 Jan. Deputies of the state Duma from the Communist party once again collect signatures for initiation of a parliamentary investigation of the activities of former defense Minister Anatoly Serdyukov, the press service of the Deputy, the head of the Moscow branch Valery Comprati Raskina.

The state Duma has already thrice rejected the appeal of the Communists about the beginning of parliamentary investigation of activity of the Ministry of defense in 2010-2012, when it was headed by Serdyukov.

“The Communists demand the initiation of a parliamentary investigation of the activities of former defense Minister Anatoly Serdyukov and his associates. The reason for the investigation is including the “second wave” of criminal cases on “Oboronservis”, which delayed the investigation”, — stated in the message.

“Sale of real property continues, it is necessary to understand what was going on in this Department. You need to understand that there was when Serdyukov, and eliminate the causes and conditions for this mismanagement, and to abuses,” he said.

In previous cases about the beginning of the parliamentary investigation, the Communists offered the state Duma to agree with the fact that, according to mass media publications, in 2010-2012 the Ministry of defence of the Russian Federation acted organized criminal group that committed fraud in especially large size with use of office position, as well as the laundering of criminal property.

In the CPRF believe that the abuse occurred against the background of numerous violations of financial discipline in the Department, are not subject to investigation by law enforcement and should be subject to parliamentary control, Federal Assembly of the Russian Federation. Investigation are the materials of criminal cases concerning the activities of the defense Ministry, which was in production or are now.

In October 2012 on the facts of fraud in real estate transactions, land and shares belonging to the defense Ministry-controlled holding company “Oboronservis”, was filed a number of criminal cases. Then their posts in the Ministry of defense has lost several senior officials, including Serdyukov. In early 2014 he was pardoned.