As reported by Bulgarian media, plans to resume the construction of their environment informed the Prime Minister of the country Boyko Borisov. Officially this information has not been confirmed. 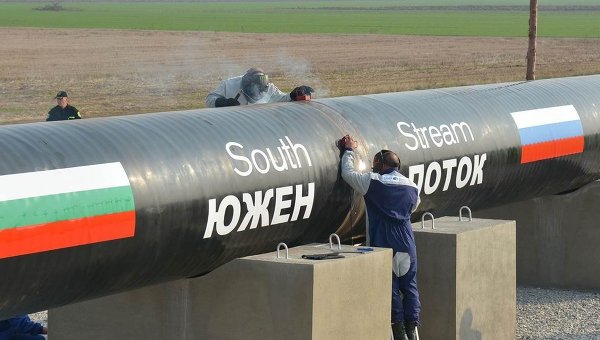 MOSCOW, 11 Jan. Russia in the next few weeks to resume construction of gas pipeline “South stream”, reports the edition “Standard”.

According to Bulgarian media, about their surroundings was announced by Prime Minister Boyko Borisov. It is reported that the politician was very pleased with the resumption of the project.

The publication cites the words spoken to them: “Now everyone will see whether it was Erdogan and bad Boyko”.

Officially this information has not been confirmed.The construction of the gas pipeline South stream began in December 2012, but in 2014 the project was closed. It was assumed that the pipeline will link the district of Anapa and the Bulgarian port city of Varna at the Black sea.

In December 2014, Vladimir Putin said that Russia under current conditions may not continue implementation of the project, including because of the “unconstructive position of the European Union”. The head of “Gazprom” Alexey Miller later confirmed that the “project is closed”.