Resolution for adherence to the Code of good practice was signed by the heads of leading enterprises of the Vladimir region and trade networks.1 / 3 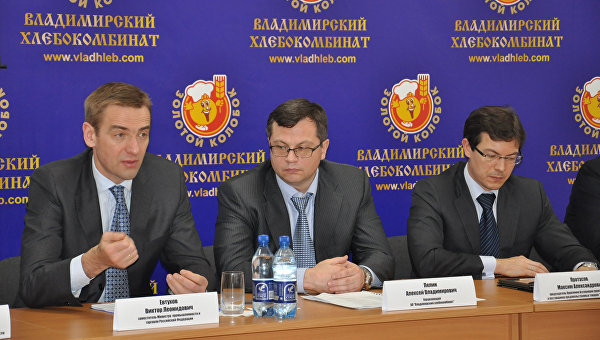 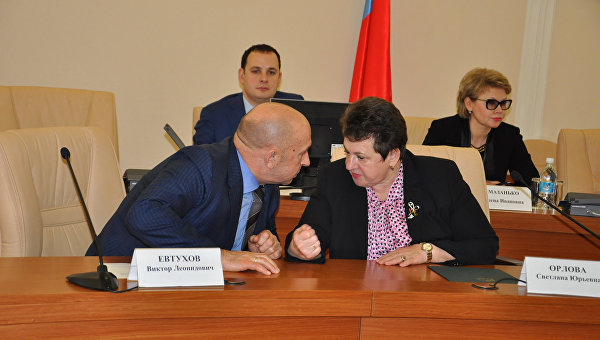 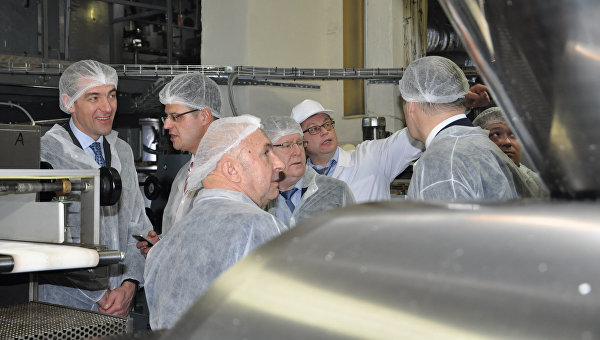 Vladimir region has become another region of Russia, which joined the Code of good practice for relationships between retail chains and suppliers of consumer goods. According to experts, in these regions, suppliers and networks are most efficient and have the least amount of claims against each other. And these claims can always be adjusted at the Commission on the application of the Code.

The signing of the resolution on accession to the Code was preceded by events held at the Vladimir bread-baking complex — a tour of the enterprise, occupying a leading position and has one of the most modern equipments in the industry, as well as a round table “on measures taken to improve the situation in the consumer market of the Vladimir region. The event was attended by Deputy Minister of industry and trade of Russia Viktor Evtukhov, Chairman of the Supervisory Board of the Association of producers and suppliers of food products “Rusprodsoyuz” Maxim Protasov, Deputy Director of the Department of internal trade, light industry and consumer market of Minpromtorg of the Russian Federation Nikita Kuznetsov, Chairman of the Presidium of the Association of companies of retail trade Ilya Lomakin-Rumyantsev, Executive Director of the Union of independent networks of Russia Sergey Kuznetsov, Director on interaction with state bodies of X5 Retail Group Stanislav Naumov, Director of development Department of enterprise, trade and sphere of services of administration of Vladimir region Renat Chagaev.

Opening the signing ceremony of the resolution on the accession of 33-th region to the Code of fair practices the Governor of the region Svetlana Orlova noted that two and a half years ago at the Vladimir bread-baking complex, she met with the producers and the retail network to enhance the effectiveness of their interaction. “That was when we made known initiative “Buy the Vladimir! Buy The Russian!”, which brought us an absolute dividends. Today in commercial networks we present the production of our producers: the share of bread and bakery products — 100%, milk and dairy products — 65%, sausages — 55%. And we, of course, join the Code of good practice, which will become another step in the direction of expansion of cooperation of regional manufacturers and retailers, improve the quality of food products”, — said the Governor.

Resolution for adherence to the Code of good practice was signed by the heads of leading enterprises of the Vladimir region and trade networks.

“I believe that adherence to this document producers and trade networks of Vladimir region will contribute to further development of the consumer market and have a positive impact on consumers, contributing to a more complete satisfaction of requirements of consumers in quality products,” he stressed, commenting on the event, Viktor Evtukhov.

“Suppliers and retailers in the region have the opportunity to interact with the Commission’s Code of good practice, to apply to the interdisciplinary Advisory Council, to decide internal matters in accordance with the Code and to be guided by him, as a major instrument of their daily interactions,” said Maxim Protasov.

“Self-regulation — this should be a summary of the development of relations between retail chains and producers. And I certainly am pleased that another region has joined the Code of good practice”, — expressed his point of view on the event Ilya Lomakin-Rumyantsev.

“I have repeatedly said that Rusprodsoyuz is today the main platform for interaction between producers and retail network, and the Code of good practice — the most important mechanism of interaction between the parties. Effective joint working will be reflected primarily on the interests of the consumer and is expressed in improving the quality and freshness of products. In the win, in the end, should remain”, — summed up Alexey Lyalin.

The representatives of retail network expressed their willingness to soon hold a meeting with heads of the largest industrial enterprises of the baking industry. As the site for such a meeting, which can be solved many problematic issues of interaction, is planned for the Vladimir bread-baking complex.