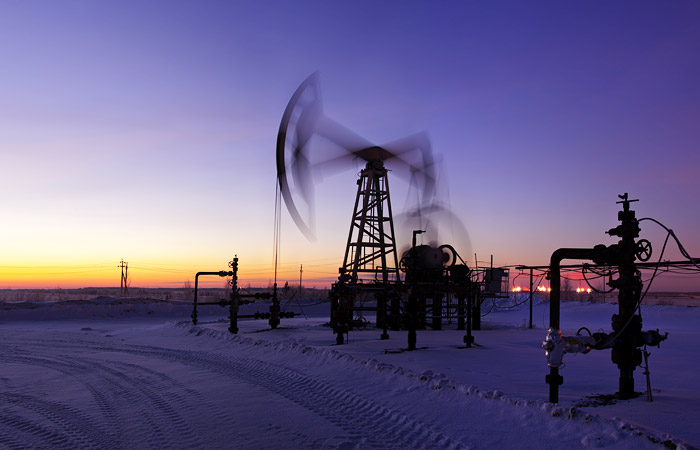 Moscow. January 11. No analysts are optimistic about the near future of the oil market.

The dollar could push oil to $20

Experts at Morgan Stanley believe that the rapid strengthening of the U.S. dollar may cause a drop of Brent quotes to $20 per barrel.

According to their calculations, the rise of American national currency of 5% causes a reduction of oil prices by 10-25%.

The overabundance of fuels on the world market is causing the price drop below $60 per barrel, but the decline from $55 to $35 per barrel is almost entirely due to the dollar, according to the report of the Bank.

In General, we already know the answer. Thousands of people who worked in the North sea, lost his job. Investors and large manufacturers are cutting billions of dollars of investments into the sector, although such giants as BP, Shell, Total and Exxon Mobil hold the blow of the fall of quotations.

However, leading economist of British investment management company Charles Stanley’s Jeremy Batstone-Carr warns that if prices remain low for some time, or worse, continues to fall, this will lead to a truly painful consequences for large firms, reports the BBC.

The first sign of deterioration of the situation, says the economist, will be the reduction of dividends. While oil giants managed to avoid this measure.

However, the oil analyst at Wood Mackenzie Alan Gelder believes that companies operating in the North sea, are already experiencing a problem called “$35 per barrel”. At that price, he says, the company can only barely survive thanks to the reduced costs. But investment in further development.

According to Batstone-Carr, the price of a barrel of oil could drop to $30 and remain at this level for most of 2016. The main problem is excessive oil production around the world.

How long can freking in the United States?

Honorary Professor of the Scottish Dundee University, an expert on the Middle East Paul Stevens believes that theoretically, oil prices can fall to $20-25 per barrel.

This is no ordinary look at the situation, but, in his opinion, most American shale oil producers can withstand today’s low prices.

Of course, they also will suffer a small loss. According to the estimates of Stevens, production of a barrel of shale oil costs about $40. But, in his opinion, the company did not stop production until the price drops to $25.

However, Holder not considered that many U.S. oil producers can operate at prices below $50-60 per barrel. “In the U.S., there are very promising objects whose developers can afford to maintain low production levels, however at the price below $30 a barrel it becomes economically unprofitable,” he said.

The expert notes that in the world there are much more significant problem than the future freking in the United States.

According to him, the unstable situation in individual countries, an unstable global geopolitics and the resulting concerns about insufficient stocks may trigger a further rise in the cost of living. However, the expert adds.

Where to store the oil?

Oil is produced worldwide in such large quantities that many countries have difficulties with a place to store it. In the USA, which is one of the countries with the biggest oil storage, not enough space left.

“The vault is filled to capacity, and already talking about buying a floating storage, tanker, for example. If the production continues to exceed demand, the one thing that will remain is to sell, which will inevitably bring down the prices even more,” said Stevens.

However, Gelder not sure that U.S. storage tanks are overcrowded. He also said that India and China have strategic oil reserves in case of supply disruption.

“Until you fall prey, nothing will change. We’ll have to wait until the next OPEC meeting in June of this year, and then we’ll probably see a change in the quotas. And it all happens in the time of economic slowdown, reducing demand,” says Batstone-Carr.

According to Stevens, the collapse in oil prices is the result that Saudi Arabia refused to cut production to maintain world prices, something that had not happened before under similar situations of overstocking of the market.

It’s only been four years since the United States imposed sanctions on imports of Iranian oil, making Saudi Arabia was able to take its place in the global market, which now does not want to leave.

“Saudi Arabia will continue to seek their niche in the market and will not cut production to make room for Iran. Since the OPEC meeting in November 2014, Saudi Arabia has consistently said that while producers such as Russia, Iran and Iraq will not agree to cut production, it is also not going to do it,” reads the report of Wood Mackenzie.

“The current tensions between Saudi Arabia and Iran only confirms our view that Riyadh is less to produce, to help Iran to return to the world market”, – the document says.

Tensions in the middle East currently has reached an extreme point, then just open warfare. “It’s too bad things are not was the case in 1918, with the fall of the Ottoman Empire,” believes Stevens.

Usually, this instability leads to a jump in oil prices, however, a slight increase was observed only during the new year holidays, after which the decline continued.

According to holder, most oil traders do not believe that the hostility of Saudi Arabia and Iran will take the form, can seriously influence the oil production. And taking into account the reduction of demand for fuel, particularly in China and other emerging markets, reasons to expect rising prices in the foreseeable future, no.

A tiny bit of positivity

He noted the decline in global investments in oil production by 20% in 2015 and forecasts a similar trend for the current year.