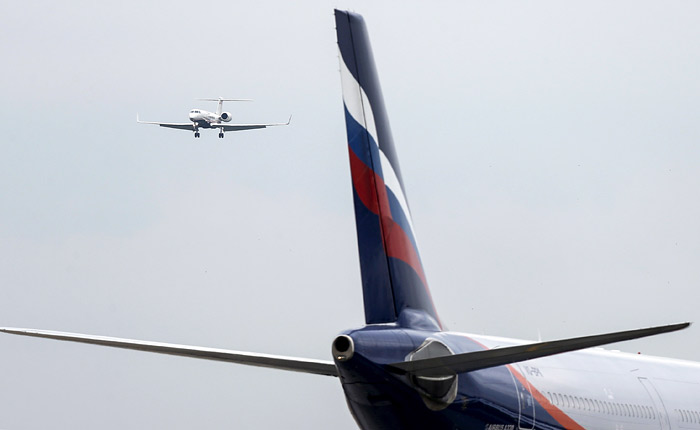 “We were growing the entire period, throughout the year on a monthly basis. As a group of “Aeroflot” we have grown by 14% and transported 39.4 million passengers – that’s significant,” – said a top Manager, adding that the company feels the fall of the Russian transport passengers abroad.

However, approximately 34% increase in domestic traffic. “As for the market, I can tell you that the task that was set for passengers of “Transaero”, “Aeroflot” has been fully completed. We carried about 1.9 million passengers. And now there are a small group of passengers, which we send payments in full for the purchased tickets for this year,” said Savelyev.

In addition, he recalled the agreements with the leasing subsidiaries of Sberbank, VTB and VEB, which is in Park “Aeroflot” will pass 34 of the plane “Transaero”, including long-haul.

Savelyev believes that despite these significant figures, Aeroflot was not a monopolist. With regard to foreign companies that carry the Russians, the group’s share in the market is estimated at 37%, excluding is 42%. “That is neither about some sort of 50 per cent or more it is not” – said a top Manager.

Care Transaero pricing policy which is shortly before the stop “Aeroflot” were called dumping, overall improved health of the market, says Saveliev.

“In the moment “Transaero” dumping, the capacity of supply in the market exceeded 40%, so all market players felt positive, because those 13 million people, which is Transaero transported in 2014, were distributed including by other airlines: something received UTair, S7, Ural airlines, in General, the market is quite positive for us, – said General Director of “Aeroflot”. – So the problem (for passengers “Transaero”) – it is fully resolved. I think it’s a much healthier market”.

Savelyev also spoke to the President about the start of the line “flat” (non-changeable) fares on a number of fronts.

“As for the so-called “flat” tariffs. Last year we supported the idea, are all different, many believe that it is not the market mechanism, but we saw that these “flat” rates are in demand, and we decided to continue them for the current year. If we flew to Kaliningrad and Simferopol at 7.5 thousand rubles, now we have introduced low winter rate: we fly to Kaliningrad for 5 thousand rubles round trip, Moscow-Simferopol – 7 thousand. This practice also proved to be quite effective, but we must also understand that we cannot widely use a “flat” tariff, otherwise it will just undermine competition in the market and will put in the difficult situation of our colleagues – other Russian airlines that operate in these same areas. This too can be, so we dosed in the amount, as decided, these flights carried out by all cities”, – said the head of “Aeroflot”.

Putin in response said that this practice should continue to provide the Russians the opportunity to move freely in my own country.