MOSCOW, January 12. The Chinese economy will maintain high growth and avoid collapse through the world’s largest gold and currency reserves and the preservation of state control over the movement of capital, said in an interview with the famous Chinese economist Justin Yifu Lin. 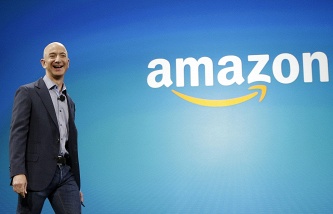 Media: the richest people in the world have lost almost $200 billion for the first week of 2016

A sharp drop in Chinese stock indexes in early 2016, the outflow of capital in excess of $100 billion a month and the weakening of the yuan against the background of falling oil prices led to panic on global markets and expectations of a further slowdown of the economy, which for many years was the motor of world economic growth.

“China has 3.4 trillion U.S. dollars. I think that’s enough,” said Yifu Lin, former chief economist of the world Bank and one of the authors of the Chinese market reforms.

The growth rate is still quite high

Yifu Lin on January 13 will deliver a report on prospects for the Chinese and global economy at the Gaidar forum in Moscow, the first this year Russian economic conference, which is expected to be visited by Prime Minister Dmitry Medvedev and key Ministers. “There will be some fluctuations, but I don’t expect a collapse, – the economist added. – The pace of growth is slowing, but is still quite high. The Chinese government is in a very good position in order to stabilize the situation if necessary”.

According to the official authorities of China’s GDP growth in 2015 will amount to about 7%. This is less than 10% five years ago, but significantly higher than in many developed countries. Yifu Lin said that an important role in maintaining macroeconomic stability played a mode of control over the movement of capital, which allows the Chinese monetary authorities effectively control the Renminbi. While the U.S. consistently urges China to liberalize the exchange rate.

“China has maintained control over the movement of capital. While households do not rush to convert their savings into foreign currency, we will have no currency crisis. I think it’s a good thing,” said the economist.

The recipe for crisis

Russia canceled the control of capital movement in 2006 that led to a sharp inflow of capital in the context of high oil prices and, as a consequence, the strengthening of the ruble. After the fall in oil prices in 2008, the capital inflows were replaced by outflows. At the end of 2014, the Russian Central Bank let the ruble float freely in order not to spend foreign exchange reserves to maintain the course.

Yifu Lin noted that even the international monetary Fund (IMF), which traditionally has promoted the liberalization of capital movements, was forced in 2012 to recognize that in conditions of very easy monetary policy from the issuers of reserve currencies, developing countries can use controls over capital movements to protect their economies.

“Monetary policy the US takes into account only the interests of the USA and not the rest of the world. If U.S. policy does not coincide with the interests of other countries, these countries should take protective measures in order to balance the results of this policy,” said Yifu Lin.

Yifu Lin, which since 1990-ies has consulted for the Chinese government, suggested that as a result of soft monetary policy of the developed countries now can be in the same trap in which Japan in the last 20 years, with close to zero growth of the economy.

“Many say that China must shift from investment growth to growth in domestic consumption. I think this is a recipe for crisis. If consumption increases, there is no income, households will go into debt. When they will need to repay these debts, there will come a crisis,” said Yifu Lin.