In case of a fall of oil prices to 25 dollars a barrel the dollar may reach the level of 80 rubles, said Herman Gref. The head of Sberbank noted that it is unlikely to expect a larger drop. 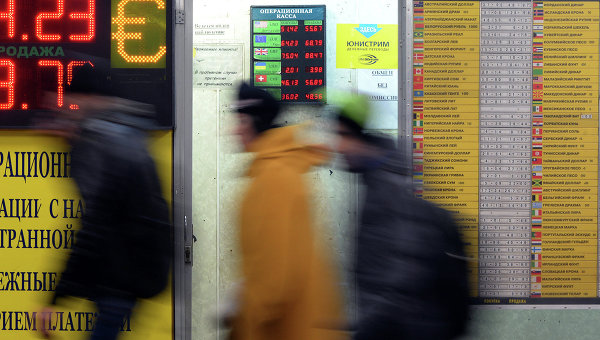 MOSCOW, 12 Jan. The head of Sberbank German Gref expects the dollar at 80 rubles in case of a fall of oil prices to 25 dollars per barrel.

“Relatively speaking, when 30 (per barrel — ed.), we see the rouble at 75, 76, 77 (for the dollar — ed.)… 25 (dollars per barrel — ed.) — near to 80-80 with a penny. But the fact that it will go further, it is unlikely,” — said Gref to journalists. “I think that it is very painful and very frustrating, including for the banking sector. For us it is very painful history,” he said. “But that overall the economy is much less painful than fixing the exchange rate”, — said Gref.

According to him, Sberbank has started the stress test in the case of falling oil prices to 25 dollars, however, according to the head of Sberbank, at the level of 30 dollars per barrel and below it will not last long.

“In our business plan pessimistic scenario was 30 (dollars per barrel of oil ed.), early in the year it became real. Of course, we have already begun testing now 25 (per barrel — ed.), but this is a dire scenario,” said Gref, adding that everything will depend on how long oil prices remain at around $ 30 per barrel or less.

“If a long time, it will be very painful for the economy, of course,” said the head of Sberbank. According to him, under a long period of time I mean six months to a year. “I’m not a pessimist. I think that at these levels long price need not hold. I’m not very optimistic about the fact that it will bounce very high, but it’s anomalous failure”, — said Gref.

The ruble in recent times remained fairly stable to lower crude oil market. The fall of black gold against the dollar faster than the weakening of the ruble to the us dollar. In the end, Brent on Tuesday, dropping below the level of 2.4 thousand rubles, which is a long-term minimum. In 2015, noted a steady tendency to decline from the level of about 3.8 thousand rubles to current 2.4 thousand, indicating some adaptation of the currency market of the Russian Federation to the weak dynamics of the oil market.