Earlier media reported that the Federal bodies of Executive authorities by 15 January proposals to reduce Federal spending by at least 10%. 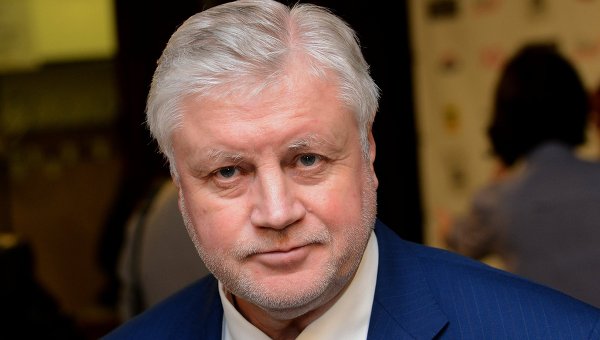 MOSCOW, 12 Jan. The leader “Fair Russia” Sergey Mironov considers that the possible budget sequestration will not last, while the main financial document of the country, in his opinion, was initially viable, the press service of the party on Tuesday.

Earlier media reported that the Federal bodies of Executive authorities by 15 January proposals to reduce Federal spending by at least 10%. This decision initiated in response to the falling oil prices. Currently, the price of “black gold” instead of 50 dollars per barrel (this figure included in the budget for 2016) is now around $ 30.

“For us, it was evident that presented to the state Duma the project does not correspond to real situation in the economy, nor the development needs of the country. For these reasons, our faction “Fair Russia” voted for it. But those who prepared the document, who supported him, should bear responsibility – both political and professional. The more likely that the cuts can be far from the last. To reap the fruits of short-sightedness of the government will all citizens of the country,” said Mironov, quoted by the press service.

According to the leader of the social revolutionaries, the Cabinet proposed a budget initially was not viable. “The Cabinet proposed a budget in addition to blatant anti-social coloring was initially completely non-viable. By the end of the year, the calculations on which it was based, differs fundamentally from the reality”, — stated in the message.

Mironov believes that the information on possible budget cuts says about the quality of work of the government.