At the meeting with the head of the company Vitaly Savelyev discussed the airfares to the far East and the work of the loukoster “Victory”.

About the benefits of “flat” tariffs

Definitely need to continue this practice (flat tariffs). Of course, no one in the market to disrupt, but most importantly, we must ensure that it is an opportunity for Russian citizens to move around their own country, and should not be such places, such regions of the Russian Federation, where citizens cannot fly and cannot fly. Without a doubt this practice should be continued

So the President reacted to the words Savelyev that the practice of “flat” tariffs “proved to be quite effective, but we must also understand that we cannot widely use a “flat” tariff, otherwise it will just undermine competition in the market and will put in the difficult situation of our colleagues – other Russian airlines that operate at these destinations”. According to the head of “Aeroflot”, “this too can be, so we (Aeroflot) dosed in the amount, as decided, these flights carried out by all cities”. 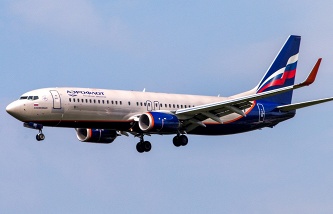 Trutnev: “flat” tariff “Aeroflot” from Moscow to the far East will amount to 20 thousand rubles.

Savelyev also noted that the “flat” rates specialists are different. “Many believe that it is not the market mechanism, but we (Aeroflot) saw that these “flat” rates demanded”, – said the head of the company.

The head of “Aeroflot” declared that his company will continue to use “flat” tariffs in 2016. “If we flew to Kaliningrad and Simferopol at 7.5 thousand (rubles), now we have entered the winter low (“flat”) rate: we fly to Kaliningrad for 5 thousand rubles round trip, Moscow-Simferopol – 7 thousand back and forth,” – said Saveliev. However, he said that “since (the beginning of the period) of the summer schedule, from the end of March (tickets to) Kaliningrad and Simferopol will be (cost) 8,5 thousand rubles”. The price of “summer” tickets will increase because of inflation.

The number of flights to the far East will increase

Talking about flying to the far East, the head of “Aeroflot” has reminded that the company operates flights to Khabarovsk, Vladivostok, Yuzhno-Sakhalinsk and Petropavlovsk – Kamchatsky to 17 thousand rubles in both directions, including taxes and fees. “We now fly to 20 thousand, we made a small increase only due to inflation”, – explained the Saveliev. 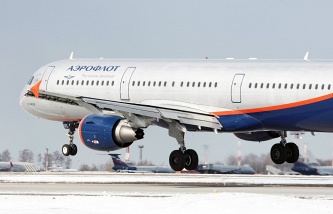 “I think with the summer schedule with the arrival of the Park (the liquidated company) Transaero airlines we (Aeroflot) from 10 to 30% will increase capacity on the route it is the Far East, significantly,” – promised the head of “Aeroflot”.

“Aviation is a very competitive market. At the time, the government did everything to ensure that the competition in the aviation industry was growing, so despite the crisis, the alignment is quite noticeable,” – says Savel’ev.

He recalled that created Aeroflot loukoster “Dobrolet” after the introduction of Western sanctions against Russia was frozen. “We were not allowed to fly, but we for two months have felt the demand and felt that the model is very effective,” – said the head of “Aeroflot”.

According to Savelyev, the company did not wait for the lifting of sanctions and instead of “Dobrolet” started the company in a new form under the name “Victory”. “It was December 2014, and here at last, the 2015th year in the month of December, we moved three-million passenger. The project was very successful”, – said the head of “Aeroflot”.

“We encourage other airlines to follow suit, because we are no monopolists, but the niche was very successful,” said Savelyev.

The head of “Aeroflot” reported that “now “Victory” has a fleet of 12 cars and is already beginning to fly abroad and to Kaliningrad, but basically the priority in Russia”. “And Russia is “Victory” flying not only from Moscow: we do many flights from Ekaterinburg and other cities directly to Sochi to other cities, that is we distribute this stream”, – said Saveliev.