The President of Russia Vladimir Putin met with the head of “Aeroflot” Vitaly Saveliev. Savelyev told the President that the practice of “flat fees” have proved effective enough, in particular, “Aeroflot” since December 31, has introduced two seasonal types of “flat” tariffs for flights to Kaliningrad and Crimea. 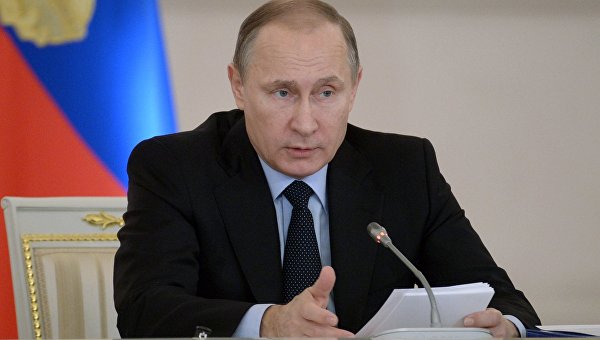 SHEREMETYEVO (Moscow region), 12 Jan. The President of the Russian Federation Vladimir Putin stated the necessity to continue the practice of “flat fees” in the airline industry, to provide Russian citizens with the opportunity to travel in my own country: the regions of the Russian Federation, where citizens are not able to fly and where not to fly, should not be, he said.”Definitely need to continue this practice. Of course, no one in the market to disrupt, but most importantly, we must ensure that it is an opportunity for Russian citizens to move around their own country, and should not be such places, such regions of the Russian Federation, where citizens cannot fly and cannot fly. So without a doubt this practice should be continued,” Putin said at a meeting with the head of “Aeroflot” Vitaly Saveliev, which took place at Sheremetyevo airport.

Savelyev told the President that the practice of “flat fees” have proved effective enough, though refer to it in different ways, and many believe that this is not the market mechanism. He recalled that the company supported her and for the current year.

On the far East flights were in Khabarovsk, Vladivostok, Yuzhno-Sakhalinsk, Petropavlovsk-Kamchatsky to 17 thousand rubles in both directions, including taxes and fees, now Aeroflot is flying there for 20 thousand — the increase of value due to inflation, said the head of the company. Since the end of March flights to Kaliningrad and Simferopol will be 8,5 thousand rubles, Savelyev said.

“This practice also proved to be quite effective, but we must also understand that we cannot widely use a “flat” tariff, otherwise it will just undermine competition in the market and will put in the difficult situation of our colleagues — other Russian airlines that operate in these same areas. This too can be, so we dosed in the amount, as decided, these flights carried out by all cities”, — said the head of “Aeroflot”.

“Aeroflot” since December 31, has introduced two seasonal types of “flat” tariffs for flights to Kaliningrad and Crimea — reduced “winter” and “summer”.