At the moment we are working on the program of the organization of Assembly production of buses “LIAZ” by the company “Russian buses” and deliveries to Serbia trolley on the line of the company “Trolza-market”, said Deputy Prime Minister Dmitry Rogozin. 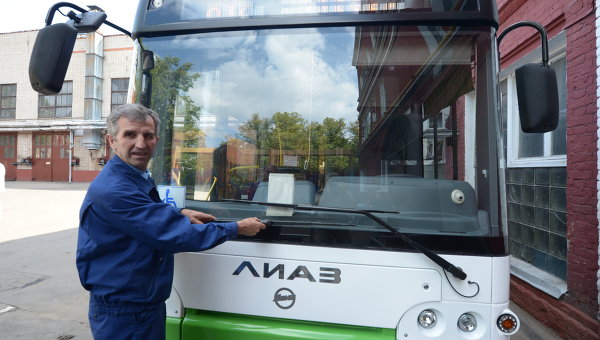 BELGRADE, 12 Jan. The supplies of Russian cars and buses and Assembly production of buses in Serbia are being worked out at present, said during his visit to Belgrade, Russian Deputy Prime Minister Dmitry Rogozin on Tuesday.

“We are working on the program of the organization of Assembly production of buses “LIAZ” by the company “Russian buses” and a supply of trolleybuses on the lines of the company “Trolza-market”. Of course, we note with satisfaction the beginning of deliveries of cars “Gazelle NEXT” and buses “LIAZ” on the Serbian market”, — said Rogozin.

Visit of Deputy Prime Minister in Belgrade is associated with the meeting, on 11 and 12 January, the intergovernmental Committee of Russia and Serbia, co-Chairman. The sides discussed military-technical and economic cooperation, and the delegation noted the significant progress and potential of bilateral relations. On Monday, Rogozin met with President Tomislav Nikolic and Prime Minister Aleksandar Vucic. On Tuesday, Deputy Prime Minister, met with first Deputy Prime Minister of Serbia and foreign Minister Ivica Dacic.