Political events, coming in 2016, will put its mark on sensitive social and financial topics of laws, said the Chairman of the Federation Council Committee on social policy Valery Ryazansky. 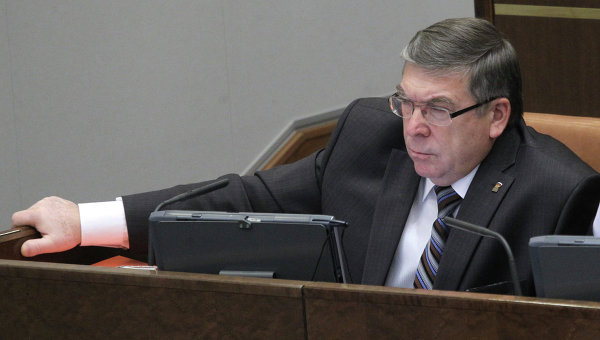 MOSCOW, 12 Jan. This year, parliamentarians have to consider more than 200 of the laws of the social unit, told reporters on Tuesday the Chairman of the Federation Council Committee on social policy Valery Ryazansky.

The spring session will be intense, including in work on socially significant bills, says Senator. “The political events of 2016, including the State Duma elections will undoubtedly put its mark on sensitive social and financial topics of laws, over which we will have to work,” he said.

According to Ryazan, in the coming year in the social unit have to consider a lot of serious laws — “65 the government plans to introduce in the state Duma in the near future, and the 150 already under consideration in the lower house”.

Among the documents was initiated by the members of the Council of Federation, Ryazan has allocated the bill relating to the acquisition of medicines in the framework of the program “seven nosologies” for the treatment of patients “high-cost” diseases: hemophilia, cystic fibrosis, pituitary dwarfism, Gaucher’s disease, myeloleukemia, multiple sclerosis, and also after transplantation of organs and tissues.

The head of Committee of the Federation Council explained that under current law now January 1, 2018 to purchase such drugs will have regional authorities at the expense of subventions from the Federal budget. The transfer of public procurement at the regional level will lead to increased costs of at least 85 times, and to control them becomes more difficult, he said.

According to the Senator, pharmaceutical manufacturers will begin to raise prices due to lower shipments of supplies and because at the regional auctions, you may receive multiple intermediaries. “We propose to retain funding for this issue at the Federal level, it will be more effective work”, — he explained.

“Expensive drugs more profitable to procure centrally in a Federal auction, to minimize the contract price. At the Federal level, reduce the participation of intermediaries, and to monitor the progress of procurement easier,” stressed the legislator. “The regions support us, because they understand that for them it is time-consuming and costly project. The problem of drug supply citizens with rare diseases is very serious, and its decision must be approached with the utmost seriousness and attention,” said Ryazan.

He informed that a bill aimed at saving practice of purchasing expensive medicines for the “seven nosologies” at the expense of means Federal and regional budgets, approved by the government of the Russian Federation, the state Duma adopted in the first reading on 18 December 2015.