Within 10 days of the new year was only 12 cars in transit, transit to other countries via the Ukrainian-Russian border is carried out, said the head of the Federal customs service Andrei Belyaninov. 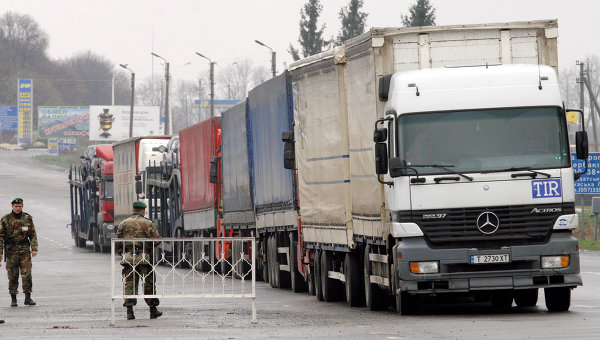 MOSCOW, 12 Jan. The transit of goods from Ukraine through Russia after the New year did not stop, told journalists the head of Federal customs service Andrey Belyaninov.

The Ministry of economic development and trade of Ukraine earlier said that as of 4 January 2016 the Russian Federation has completely stopped the transit of goods from Ukraine through its territory.

“Transit possibilities left, and then, with regard to Ukrainian goods in the same Kazakhstan through Belarus agreed on the checkpoints”, — said the head of the FCS journalists. “The truth in just 10 days since the New year have passed, it’s only been 12 cars transit, transit to other countries through the Russian-Ukrainian border, he left,” — said the Belyaninov.

According to the decree of the President of Russia, cargo transportation from Ukraine to Kazakhstan via Russia will only be implemented from the territory of Belarus and subject to the availability of the GLONASS system.

Russia since January 1 has suspended to Ukraine, the agreement on the CIS free trade zone and imposed customs duties to protect its market from an influx of duty-free goods from the EU. In addition, Ukraine introduced a grocery embargo for countries that supported anti-Russian sanctions.