MOSCOW, January 12. The Ministry of Finance may recompute the budget in 2016 because of lower oil prices in the first quarter, after coordination with the macroeconomic forecast of the Ministry of economic development. This was announced by the cognizant Federal official. 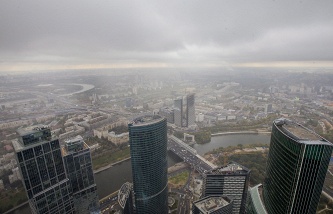 Bloomberg: Russia in 2016 could be in the top five countries with negative growth

“In the first quarter,” he said in answer to the question of when can be updated figures for the budget in 2016.

According to him, the Ministry of economic development and the Ministry of Finance will clarify the Outlook for oil prices, which will form the basis of amendments to the budget in 2016, closer to the middle / end of the first quarter. At the moment we are actively working on a new benchmark on price.

Spending budget in 2016 can be reduced to 10% in the case of a negative scenario of development of the economic situation, he said. “Up to 10%. The decision to distribute allocations and reductions will be made depending on the economic situation. If the situation will improve, and of course the reduction would be less,” the source said.