MOSCOW, January 12. Moscow authorities have called the deal the sales in 2015, comprising the property of the capital. The most significant was the sale of property of open company “ZIL-YUG”, reported the press service of the Department of Moscow on competition policy.

“The asset cost to the investor at 34.2 billion. The total amount the organization will be implemented gradually over eight years to 2022”, – noted in press service. On the site of the industrial zone with an area of over 100 hectares, the investor will build 1.5 million square meters of residential and commercial real estate, will also be erected social objects: schools, kindergartens, polyclinics.

“No less important for the capital was to sell 1/3 of the Central Department store in November 2015. With the new owner-thirds of the squares of the contract of purchase and sale for the initial price of the asset – 4.3 billion rubles”, – said the representative of the press service. 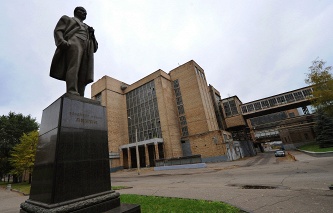 Two cinemas “Horizon” and “Arrow” of “was sold” for 210,8 million rubles and 209,4 mln. respectively. In may, the city authorities have also implemented a 100% stake in JSC “Gostiny Dvor”. The sale of this asset were added to the Treasury of Moscow of 113.1 million rubles.

“Investors expressed interest in a concessional lease of objects of cultural heritage”, – said the press service. During the year four of the object. The most expensive residential house von Behrens 1880. In Moscow’s budget for the first year of rent received 16,03 mln.

“The overall situation on world capital markets is difficult, but not critical. Interest in objects of real estate capital is maintained at a high level. In particular this applies to residential property”, – the press service quoted the words of the head of the Moscow Department for competition policy Gennady Degteva.